Android Wear smartwatches from Samsung and LG go on sale 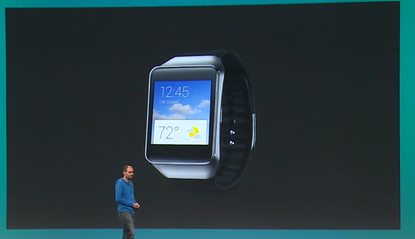 Android Wear smartwatches will be launched by Samsung, LG and Motorola with most of the devices going on sale in select markets today.

Google has finally shared its vision for its smartwatch platform, Android Wear, after announcing its investment in the category earlier in March.

Android Wear devices will work with Android smartphones over Bluetooth to display notifications at appropriate times based on contextual information.

Android director of engineering, David Singleton, showcased the functionality of Android Wear smartwatches at the Google I/O conference using the square-faced LG G watch and the round-faced Motorola Moto 360. "We're right at the beginning of a new phase in the miniaturisation of technology," said Singleton.

Singleton dictated calendar entries and notes to his smartwatch and automatically had them synchronised with his smartphone. Wear allowed him to reject incoming phone calls and respond with predefined text messages. Google has unified its Android platform so that it works in complete synchronicity between its smartwatches and smartphones.

Notifications are presented as tiles arranged according to your location, the time of day and events listed in your calendar. Navigating the interface is a matter of swiping, while searches can be dictated.

Android Wear smartwatches can also be used as remotes to control compatible Android televisions, following the announcement Google is working with Sony, Philips and Sharp on extending its Android platform to televisions.