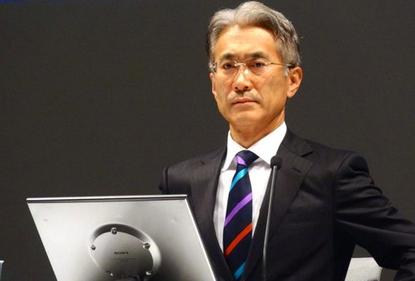 The hit PlayStation 4 game console and PS4 network revenue helped power Sony to a net profit of ¥26.8 billion (US$261 million) in the April to June quarter, a jump up from ¥3.1 billion a year earlier.

Sony's film segment, buoyed by the success of "The Amazing Spider Man 2," was another factor that helped boost overall sales by 5.8 percent to ¥1.8 trillion, Sony said on Thursday. Foreign exchange rates also worked in the company's favor.

More than half of all PS4 users have subscribed to PlayStation Plus services for the console, Sony CFO Kenichiro Yoshida told an earnings conference.

The PS4, launched in November 2013, handed Sony's game and network services segment an operating profit of ¥4.3 billion, up from a loss of ¥16.4 billion a year earlier, as sales nearly doubled to ¥257.5 billion.

However, Sony's mobile communications segment lagged far behind, logging an operating loss of ¥2.7 billion for the quarter, a reversal from the operating profit of ¥12.6 billion a year earlier.

The company cut its forecast for sales and operating income in mobile communications because its expectations for mid-range smartphones in emerging markets were too lofty. It reduced its smartphone sales target from 50 million units to 43 million for its fiscal year to March 31, 2015.

"It's important to take action to prioritize profitability over scale," Yoshida said. "We've been in the process of reviewing our lineup and models."

Sales of TVs, meanwhile, were up 10.5 percent from a year earlier to ¥205 billion, as LCD TVs sold better in Europe and Asia-Pacific. However, the company cut its forecast for LCD TV sales for the fiscal year to 15.5 million units from 16 million.

Sony also announced it is launching a new company with Panasonic that will integrate their research and development efforts on OLED (organic light-emitting diode) display panels with an eye to commercialization.

JOLED, to be launched in January, will be owned by Innovation Network Corporation of Japan (INCJ), Japan Display and the two electronics giants.

INCJ and Japan Display, itself formed in 2012 through the integration of Sony Mobile Display, Toshiba Mobile Display and Hitachi Display, will invest in a pilot manufacturing plant when the technology is ready for commercialization.

JOLED will focus on developing medium-sized OLED displays for tablets, laptops and signage, the companies said.

OLED panels are a key technology in the mobile device space, Yoshida noted, adding that Sony has important intellectual property and resources related to the field.

In its last fiscal year, Sony made a massive net loss of ¥128.4 billion. It left unchanged its forecast for a loss of ¥50 billion for the current fiscal year and said it will continue its restructuring efforts.