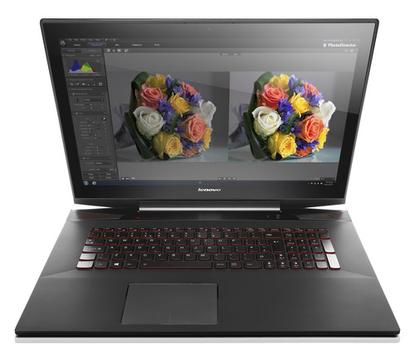 Lenovo wants to pack better features in low-cost Android tablets with the Tab S8 tablet, which will start selling this month for US$199.

The Tab S8 is 7.87 millimeters thick, weighs 294 grams, and runs for seven hours on a single battery charge. It has a 1.6-megapixel front camera and 8-megapixel back camera. Other features include 16GB of storage, Wi-Fi and Bluetooth. LTE is optional.

The Tab S8 will ship in multiple countries. Most of Lenovo's tablets worldwide with screen sizes under 10 inches run on Android.

Lenovo also announced its largest gaming laptop. The Y70 Touch has a 17.3-inch touchscreen, and can be configured with Intel's Core i7 processors and Nvidia's GTX-860M graphics card. It is 25.9 millimeters thick and is priced starting at $1,299. It will begin shipping next month.

The company also announced Erazer X315 gaming desktop with Advanced Micro Devices processors code-named Kaveri. It can be configured with up to 32GB of DDR3 DRAM and 4TB of hard drive storage or 2TB of hybrid solid-state/hard drive storage. It will ship in November in the U.S. with prices starting at $599.

The products were announced ahead of the IFA trade show in Berlin. Lenovo is holding a press conference at IFA where it is expected to announce more products.