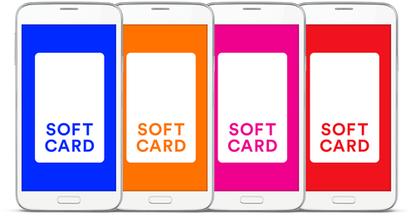 The company formerly known as Isis will soon become Softcard.

Mobile payments startup Isis Wallet is changing its name to Softcard to avoid association with the Islamic militant group known as ISIS.

The company said in July that it would be rebranding for that reason, but didn't have a new name to announce then.

"However coincidental, we have no desire to share a name with this group and our hearts go out to those affected by this violence," said Isis CEO Michael Abbott, in a company announcement.

The extremist group has recently been in the news for beheading U.S. journalists James Foley and Steven Sotloff, who had been held hostage by ISIS, which released videos of their murders.

Isis Wallet's flagship app will continue to work as usual, but the new Softcard app will launch in the next few weeks, Abbott said. When that happens, current users will be able update the app as they normally would.

The company's home page still reads "Isis" at the top, but a brief pop-up message upon visiting the page alerts users to the change. The company's Twitter page already has the new Softcard logo.

"Because we've chosen to move swiftly, small traces of Isis will be visible for a short time," the Isis CEO said.

Isis Wallet, with help from carriers like AT&T and Verizon, is trying to give consumers a new way to shop and make purchases from their smartphones. Its technology uses NFC (near-field communication) in smartphones to let users make purchases by waving their devices in front of readers in retail stores.

The technology has not yet taken off. Stores need to have the readers installed and Apple's iPhone currently does not support NFC, though that may change with the iPhone 6. Also, for now, many people don't seem have a problem paying with old-fashioned cash or credit and debit cards.