New smartphones will hit the market from September 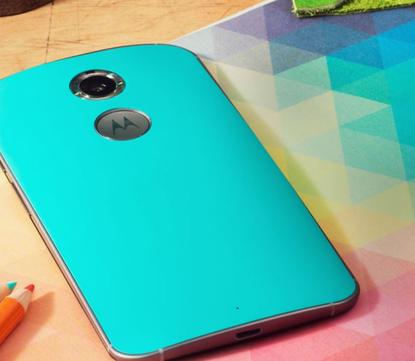 Motorola has unveiled a new range of smartphones at a launch event held in Chicago. A new Moto X will lead the range, while a new Moto G will succeed the most popular phone in the company’s illustrious history.

The Google-owned company also revealed new details on its Moto 360 smartwatch, which is expected to launch in Australia later this year.

Groundbreaking improvements in design have been made to the Motorola Moto X. The smartphone is built on a curved metal frame and will be dressed in exotic materials, such as sustainable woods and genuine Horween leather.

Motorola has increased the size of the display and complemented it with front-firing stereo speakers. The smartphone’s screen has grown from 4.7in to 5.2in, and improved 1920x1080 resolution has resulted in a density of 423 pixels-per-inch. Such specifications will rival the flagship smartphones from Samsung, HTC and Sony.

The new Moto X remains fluent in voice searches, just as its predecessor. Saying “OK Google” will immediately initiate a voice search and negate the need to touch the smartphone at all.

Tailored hardware is necessitated for this always ready persona. Custom Motorola architecture combines a 2.5GHz quad-core CPU with two additional processors dedicated to language and context. Handling graphics is an Adreno 330 GPU, while memory is covered by 2GB of RAM, 16GB of internal storage and support for expandable memory. Powering the smartphone is a non-removable 2300 milliamp-hour battery.

Google’s influence over Motorola remains with the smartphone choosing to snub the weight of a heavy overlay. The near-stock version of Android 4.4.4 KitKat should be less taxing on the RAM than the overlay of rivals HTC and Samsung.

An interesting design attribute is the placement of two LED bulbs for the camera. The LED bulbs now sit on the ring flash — one on either side — of the 13 megapixel camera. Photos snaped in low-light should benefit from an f/2.25 aperture, while videos can be recorded in the nascent Utlra HD standard.

‘Selfies’ will measure 2 megapixels inside while the front camera will record videos in Full HD.

Moto G: A phone for the people

Improvements to the Moto G have been made to the screen, speakers and camera.

The dual-SIM smartphone has ditched the 4.5in screen of its predecessor for a larger 5in IPS display. Retaining a high-definition resolution has resulted in a slightly lower 294 pixels-per-inches.

Multimedia has been a clear focus of the Moto G. It now features front-firing stereo speakers and an improved 8 megapixel camera. The front camera now boasts an improved 2 megapixels, although both cameras can record high definition video.

Otherwise the new Moto G maintains the same humble processing innards as the original: a 1.2GHz quad-core CPU, 1GB of RAM, 8GB of internal storage, support for microSD memory, an HSPA modem and a 2070 milliamp-hour battery.

Motorola will release the new Moto G in September at a recommended retail price of $269.

The only hints given as to when the Moto X will go on sale are “later this year”. Good Gear Guide will publish updates on Motorola’s new range of smartphones when available.