The software update will hit a range of devices in the coming months, Google said 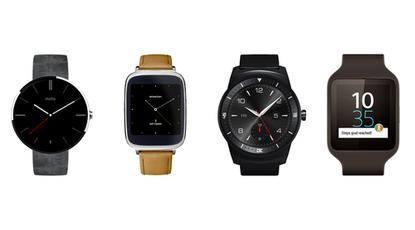 Google said Friday that previously released Android Wear watches as well as new ones will be receiving the features in the coming months. It's part of a larger, gradual push to bring more of the functions available on smartphones to people's wrists, which might eventually support altogether new applications that make particular sense for a "smart" watch.

With the upcoming features, users will be able to listen to music stored on their watches via Bluetooth headphones, Google said. If a watch includes a GPS sensor, users can track their distance and speed when they go for a run, or receive navigation directions on-the-fly.

Also coming are downloadable watch faces, to let people customize the visual design of the watch's home screen and organize their apps as they see fit, Google said. The watch faces will be made available in the Google Play Store.

In addition to the software updates, more watches themselves are on the way. LG's G Watch and Samsung's Gear Live comprise the first Android Wear watches, but a number of new ones are being made available soon.

The Asus Zen Watch, which has a bio sensor for physical activity tracking, is planned to go on sale later this month for US$199. The LG G Watch R will hit stores in October, according to a report in the Wall Street Journal. The Sony SmartWatch 3 will cost 230 euros when it goes on sale this fall.

Also, Motorola on Thursday evening officially launched its Moto 360 smartwatch for US$250 -- the first Android Wear device with a round display.

All of those watches will receive the new software updates as they're ready in the coming months, Google said.

The updates, to be clear, are incremental, said Ramon Llamas, an industry analyst with IDC who studies mobile devices. "This is the continued evolution of Android Wear, not a revolution," he said.

Developers and vendors, he said, are still in search of a killer app for a smartwatch, he said, whether it's on a device powered by Google's software or Samsung's Tizen. But as Google brings more core software functionalities to Android Wear smartwatches, this helps lay the groundwork.