SAP, Ericsson team up for mobile management and apps 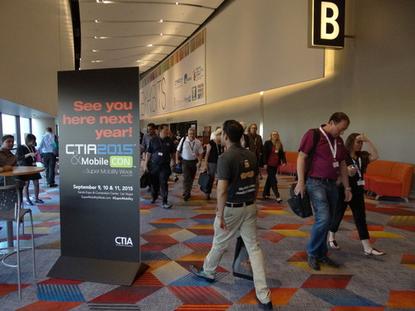 SAP and Ericsson have joined forces to help enterprises manage mobile devices and apps as a service.

The partnership will turn SAP's Mobile Secure software suite for mobile device management, security and applications into a cloud-based service that carriers can sell to enterprises.

The deal gives SAP a broader channel through which to sell Mobile Secure, tapping into both Ericsson's relationships with operators and its network expertise, said Arun Bhikshesvaran, Ericsson's chief marketing officer. For mobile operators, Ericsson's managed service offers a quick route to market and low upfront costs, he said.

The Mobile Secure suite is device agnostic and can deliver mobile capabilities to both devices managed by enterprises and ones that employees bring to work, SAP CEO Bill McDermott said. Earlier this week at CTIA, SAP introduced software that provides an augmented-reality overlay of information on Android Gear devices worn by employees in the field such as repair workers.

The platform also goes beyond enterprises to their customers, he said, pointing to Under Armour, which is making connected athletic apparel that can measure an athlete's performance. Sent to an SAP Hana database in the cloud, that data can be compared with inputs from other athletes and provide a real-time comparison, McDermott said.

Ericsson will help to expand SAP's ecosystem to reach more end customers, he said: "We simply can't cover all the scenarios, all the segments, all the customers."

In addition to developing the gear that goes into mobile networks, Ericsson runs many carriers' networks as a managed service and has expanded into running some of their IT operations. This takes the company a step further.

"Once you're into IT, it becomes a quick adjacency to look at IT for enterprises. It's not that far of a stretch," Bhikshesvaran said.

The Swedish company's network expertise will also help it to make the managed services work as well as possible in every situation, he said. For example, delivering an application to a device that's on a high-speed train or going into a tunnel isn't the same as doing it for a device that enjoys a stronger signal. Ericsson can tweak the performance of an application and tell it how to respond to changes in coverage.

"That marriage will never happen if you try to run an application over the top assuming that the network is always available," Bhikshesvaran said.