Pre-sales for Sony's Xperia Z3 flagship open at 9am today. 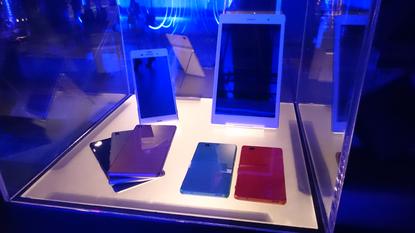 Undercutting Optus, Telstra and Vodafone on pricing with the Xperia Z3 is Virgin Mobile, which is selling the smartphone at $5 per month on its $60 plan.

Virgin’s $60 plan offers $700 in national call value and 4GB of included data per month. Those who sign up before 19 October will receive an additional 2GB of data per month.

Following Virgin Mobile are Optus and Vodafone, while Telstra’s hero pricing for the Xperia Z3 is the most expensive at $10 on its $70 plan.

Update, 12:00pm: An Optus representative has revealed the Z3 Compact will be available from 9 October. Optus pre-orders have opened with the first 100 customers receiving a bonus PlayStation 4 console.

Sony has partnered with carriers to offer the first 400 pre-orders a bonus PlayStation 4 console.

Sony’s Xperia Z3 Compact will go on sale today from Optus and Telstra alone. Optus is selling the smartphone for $10 on its $50 plan per month, while Telstra is offering it at $3 on its $70 plan per month.

Sony is selling the Xperia Z3 outright for $849, while the well equipped Z3 Compact will be available for $699.

Here's a breakdown of the hero pricing for the Z3 and Z3 Compact in Australia.

Making up Sony's smartphone range are the Xperia Z3 and Xperia Z3 Compact, along with the Z3 Tablet Compact.

The range represents a modest refresh of hardware as it supersedes the Xperia Z2 series that arrived in Australia just five months ago.

Headlining the range is the Xperia Z3, a 5.2in Android smartphone that has a Full HD display, rounded aluminium frame and tempered glass casing. The Z3 is a refresh of the hardware found in the Xperia Z2, although Sony has improved the 20.7-megapixel camera’s low-light sensitivity and the smartphone boasts two days of battery life.

Inside the Z3 is a Snapdragon 801 chipset with a 2.5GHz quad-core CPU and a 4G modem. The smartphone has 3GB of RAM, 16GB of internal storage and supports expandable microSD cards up to 128GB in capacity.

Complementing the large Z3 is the 4.6in Z3 Compact. Although the Z3 Compact has a larger display than its Z1 Compact predecessor, it stands no taller. In fact, the Z3 compact is also thinner at 9mm and weighs less at 129 grams.

Few differences in processing power separate the Z3 Compact from the flagship. It has the same processor, storage and rear camera as the Z3; however, it packs less RAM at 2GB.