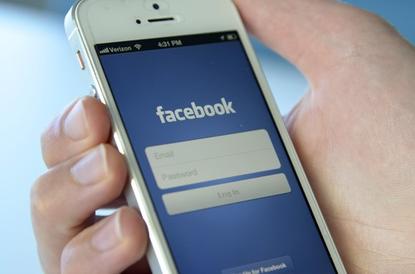 Facebook lets its users control whether other people can see the information they post, but when it comes to controlling what Facebook itself gets to see, privacy-conscious users are out of luck.

In fact, Facebook doesn't think it would make sense to let users do that.

"With most online services, there's an understanding that when you use those services to share information, you're also sharing information with the company providing the service," said Matt Scutari, manager of privacy and public policy at Facebook.

"For users who are truly concerned with sharing their information with a particular platform, honestly, you might not want to share information with that platform," he said, speaking during a conference on digital privacy in Palo Alto, California, on Friday.

"I don't think there are many services out there who could claim they're not using your information that you're sharing with them for any purpose. They have to at least use that information to provide the service," he added.

Lately, the company has been trying to improve its controls for sharing among friends. In September it introduced a "privacy checkup" feature. And just this week it released a revamped privacy policy designed to be easier to use.

The company also gives users information about how their data is used for advertising. But it has never offered users tools to limit what data Facebook can ingest when they share.

Data collection -- what companies collect, and how it's used -- is an area of concern for Internet users in general, highlighted by some dramatic findings in a recent Pew survey.

Facebook does have a team of employees tasked with looking at privacy issues related to its products, features and tools. The team has a number of programs in place, including daily surveys of users and talks with people in other countries to get their views on privacy, Facebook said on Friday.