Cloud services mean you don't have to run your own servers but for email, few companies want to start from scratch 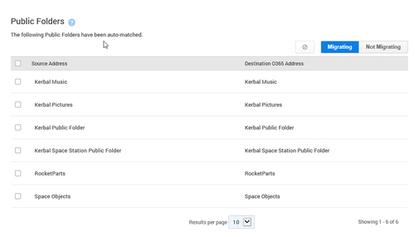 As Office 365 continues to gain customers, migration tools to help them move into the cloud are becoming more popular. SkyKick already has a comprehensive service that consultants and resellers can use to manage all the steps of a migration, from estimating licence costs and choosing from the many different Office 365 plans to tracking down PST files on user PCs and moving data from file shares and old email systems into the cloud.

Now it's coming out with a simpler 'data only' migration tool to help companies that only want to move email, calendar and contacts.

The advantage of cloud services like Office 365 is that you don't need to have expertise in setting up and running your own mail server, making it suitable for smaller businesses without in-house IT staff. But getting onto Office 365 in the first place isn't as simple as signing up for a new account, if you want to keep existing messages, appointments and address books when you move. You need to move all that to Office 365, without interrupting people's work during the transition.

Microsoft provides automated scripts and migration tools, but they work best if you already use Exchange and Outlook, and there are still technical steps like updating your domain name records. That's why many small businesses work with a consultant, reseller or other Microsoft partner to get onto Office 365. Trent Schwartz, SkyKick's Director of Migrations, says migrating a small business typically takes 40 hours' work spread over two to six weeks (and ten times as long for a large enterprise with more complex data to move, such as SharePoint sites). "You're switching over the email system and moving the data and trying to do it in batches to minimize interruptions; it's risky."

"The adoption of Office 365 is accelerating," Schwartz points out. That's why thousands of Microsoft partners, including big names like Synnex and Ingram Micro, use SkyKick's migration automation to speed up the move.

But a wider range of businesses are now moving to Office 365, including small companies with desk-less workers using remote desktop connections, or more Mac users; and those migrations don't need all the steps in the full SkyKick product.

SkyKick's new US$12-per-user Data-Only service simplifies the move by automatically discovering technical details for the existing email system, like the ports and protocols in use on the server and even the mail server address to migrate from, just from a user's email address and password, or the details of the mail admin account. That works with Google mail as well as Exchange.

SkyKick can also match email accounts on Office 365 -- including shared mailboxes and public folders -- to existing accounts. "Usually you have to figure out the local information and the Office 365 information and put it in a spreadsheet and match up manually who is migrating for each account. That's time consuming," says Schwartz. "Public folders are hard to migrate because of the size, the complex folder structures and the complexity of the user permissions. A lot of partners don't handle them; we move public folders of unlimited size."

The tool also shows if there are accounts, on either the email server or Office 365, that it can't match to an account on the other system, or accounts the admin account doesn't have permissions to access. "It's a little time saver on the front end that can save you hours on the back end trying to find out why one user isn't being migrated," he explained.

SkyKick's Server Sync stages the data that's being migrated to Office 365 and keep it in sync with the existing email system until the migration is complete; so you can migrate the data in advance and make the change to using Office 365 at a convenient time. "Everything just stays in sync. If an end user switches their mailbox around, puts messages in folders and marks tasks as complete, our system will catch all that and it will be up to date when they migrate across."

Partners can keep an eye on progress and schedule the final migration through the SkyKick interface, which Schwartz says reduces both the time taken and the risk of migration. "There are lot of steps that traditionally a partner has to do during the data migration phase; we've reduced those steps and that effort to ensure high quality migrations."

That's important for user satisfaction with Office 365, he believes. "For Microsoft to more hundreds of millions of users to the cloud, automation is going to do a lot of the heavy lifting for the migration."