Foxtel bands with Seven Network ahead of Neftlix's upcoming launch 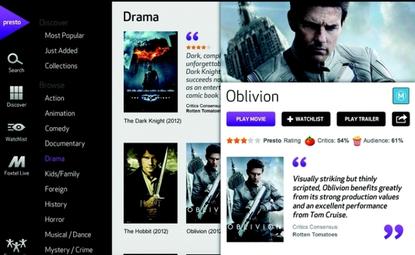 Foxtel is arming itself against an impending Netflix launch in Australia by forging a partnership with Seven West Media.

Each company will hold a 50 per cent stake in the deal, provided it gains regulatory approval. The deal comes exactly one month after Netflix announced it will launch in Australia and New Zealand in March of 2015.

Presto Entertainment will stream television content to compatible tablets, computers and dongles from Foxtel and Seven West Media’s libraries. Customers will have the choice of signing up to Presto Movies or Presto Entertainment individually, or can have them bundled together.

Programming is expected to be announced “in the coming weeks”.

The joint venture was announced today in a release issued to media. No information was provided on pricing or when Presto Entertainment will launch.