With Windows 10 looming, it could mean an end to Windows RT 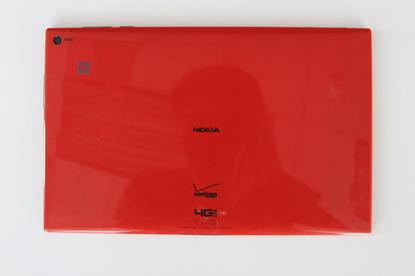 I haven’t seen the 2520’s other colors, but I know that it also comes in glossy white, as well as matte cyan or black.

Microsoft could be close to pulling the plug on Windows RT with its decision to stop manufacturing the tablet.

Microsoft did not immediately respond to a request for comment. But Nokia Lumia 2520 tablets are still being sold through Verizon Wireless in the U.S. starting at $499.99 with a two-year commitment, and for $599.99 without a contract.

That could bring a quiet end to Microsoft's experiment with Windows RT, which was built for tablets and PCs based on ARM processors. The first tablets with Windows RT shipped in 2012, but the response has been poor, with PC makers like Dell, Asus, Lenovo and Samsung abandoning devices with the OS. Microsoft last year cancelled plans to launch a small-screen tablet with Windows 8.1 RT.

The craze for tablets has since subsided, with worldwide tablet shipments declining for the first time during the fourth quarter of 2014. Tablet shipments totaled 76.1 million [M], declining by 3.2 compared to the same quarter the previous year.

The Windows RT tablets won't be upgraded to the new Windows 10, which is due for release later this year. Instead, the tablets will get a software upgrade that will give them some Windows 10-like functionality.

Microsoft built Windows RT in 2012 in response to the growing demand for tablets like Apple's iPad, most of which run on ARM processors. Windows 10 will still come to new ARM-based tablets, but most likely it will be the same version of the OS that will also go into smartphones.

Microsoft is building the Windows 10 desktop OS around x86 processors, much like earlier versions of the OS. Upgrades to the Windows 10 will be free for PCs and tablets, with Windows 7 and 8 running on x86 chips from Intel or AMD. Microsoft's Surface Pro tablets, for example, use x86 processors.