The popular BitTorrent client tries to turn a buck through cryptocurrency, but sends users scrambling for alternatives instead. 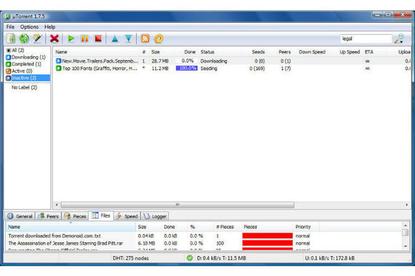 The popular BitTorrent client uTorrent is facing a backlash after trying to turn a buck through cryptocurrency mining.

On Thursday, users started reporting that uTorrent had silently installed cryptocurrency software from Epic Scale as part of version 3.4.2 build 28913. Once installed, Epic Scale uses some of the computer's spare processing power to generate cryptocurrency (such as Bitcoin or Litecoin).

In response to user complaints, a uTorrent manager confirmed parent company BitTorrent's partnership with Epic Scale, saying the software generates revenue for uTorrent while also contributing some funds to charity. "In the future, Epic Scale plans to contribute CPU cycles to other initiatives, such as Genome mapping and other academic studies that require a great deal of processing power."

However, the manager denied that EpicScale was installing without the user's permission, claiming that uTorrent could not reproduce the issue. That's despite complaints from five users on uTorrent's forums who say the software was installed automatically in the latest update.

In any event, users can partially uninstall EpicScale through the Add/Remove Programs menu in Windows. A registry modification will remain in the ProgramData/Epicscale folder, though users can safely delete this folder once the uninstall is complete. That hasn't stopped dozens of outraged users from swearing off uTorrent in favor of alternatives such as qBittorrent, Deluge, and Transmission.

Why this matters: Cryptocurrency mining burns more than just spare system resources. By making the CPU work harder than it normally would, it also consumes more energy, potentially raising users' electricity bills. While it's ironic that users are aghast at an act of leeching from a program that facilitates media piracy, that doesn't let uTorrent off the hook for a lack of transparency. Some quick backtracking seems likely.