Marketers can now target the 92 million expats on Facebook 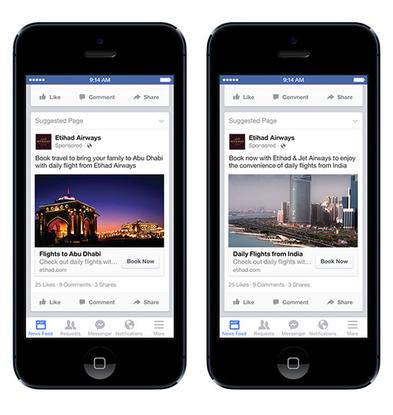 Those expats might now receive offers from airline companies trying to sell them plane tickets during a holiday back home, when they might want to go back and visit the folks.

The feature, which Facebook calls expat or nationality-specific targeting, will help it deliver targeted ads to the 92 million expats on Facebook, the company said Tuesday. That's just under 7 percent of Facebook's total user base of 1.39 billion people.

The feature could help Facebook grow its advertising revenue overseas. It's available initially for people from Brazil, Indonesia, China, South Africa and India.

It's already been used by at least one airline with positive results. Etihad Airways, based in the United Arab Emirates, was able to target the 27 million Hindus on Facebook living outside of India before Diwali, the Indian festival of lights. The airline reached 536,000 Indian expats living in the Middle East, leading to 700 bookings, according to Facebook.

The targeting feature is available worldwide in all Facebook ad interfaces, including the API. Facebook said it doesn't share information with advertisers telling them who individual users are.