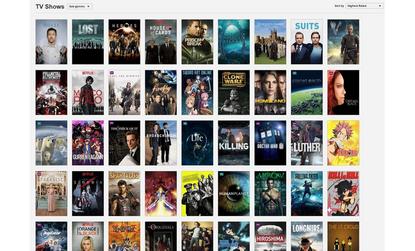 While rumours and leaks of Netflix pricing broke on Whirlpool and made their way to Reddit and Twitter on Sunday night, Netflix this morning confirmed the rumours to be true. The streaming service, which will be going live tomorrow (24 March) will offer its catalogue of TV shows and movies from $8.99 a month for a single-stream, standard definition account.

Two other tiers of pricing are available, including two-stream, high-definition streaming for $11.99, and a top plan that includes 4K streaming to up to four devices for $14.99. In addition, all new members who sign up for the service will get a one-month free trial. Participating retailers, 7-Eleven, Australia Post, Big W, Coles, EB Games, Officeworks, and Woolworths, will all offer Netflix gift cards for purchase, in denominations of $20, $30 and $50.

Some of the highly anticipated shows to be on offer through Netflix include the company’s own-funded House of Cards, and Orange is the New Black. The range of other shows and movies can be seen on the image sharing site, Imgur, where screen shots of the leaked content have been hosted.

The Netflix service has been a hotly anticipated one for many Australians, whose thirst for such a service meant that many paid for it by using VPN (virtual private networking) services and region unblocking sites. That behaviour paved the way for local streaming services such as Stan and Foxtel’s Presto, though Netflix is sure to gain a lot of traction over those services due to its reputation and offerings.

You will be able to watch Netflix on a big TV by connecting your laptop or desktop PC to your TV via HDMI, or by using devices such as gaming consoles, a Chromecast dongle, Apple TV or a set-top box such as Fetch TV. ISPs such as iiNet and Optus have already announced that Netflix content streamed through these means via a fixed home broadband connection will not count towards data quotas.

The mobile apps for Android and iOS were made available for download to Australian users over the weekend.