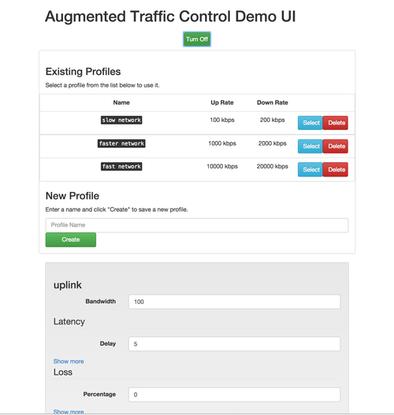 Facebook has developed a tool, initially for its own engineers, that can simulate the slow and erratic throughput of older, slower networks.

While developers may enjoy robust wireless connections, those using their apps may not always be as well connected. As a result, such users may quickly get frustrated when an app crashes or slows to a crawl from a dodgy connection unanticipated by the developer.

To deal with this issue, Facebook developed a tool, initially for its own engineers, that can simulate the slow and erratic throughput of older, slower networks. The social networking giant has now released the software, called Augmented Traffic Control (ATC), as open source, for other developers and software engineers to use.

The ATC application can simulate the connectivity of a portable telephone accessing an app over 2G, Edge, 3G, or LTE network. It can also simulate weak and erratic WiFi connections.

The simulations can give engineers an estimate of how long it would take a user to download a file, for instance, given varying network connections. It can help engineers re-create problems that crop up only on very slow networks.

For a company aiming for global reach, such a tool could be invaluable. Facebook itself has simulated the network connections of various countries around the world, including Brazil, India, Indonesia, Kenya, Nigeria, and the Philippines.

Facebook Messenger, launched as a standalone app in 2011, benefitted from being tested with ATC, according to Facebook. The developers were able to see how the app worked across a range of different networks, which helped them determine how long the software program should wait for a response from a server before issuing an error message.

Mobile application developers need as much help as they can get. About 75 percent of IT pros feel their mobile applications aren't updated frequently enough, according to the results of a survey released Monday by Forrester Research.