Despite its design, One M9 unlikely to be HTC's knight in shining armor

The company will once again face competitors with higher marketing budgets, and this time they have better products as well 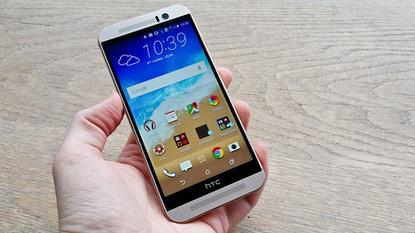 The HTC One M9 looks similar to its predecessor, the One M8.

The One M9 may be a knockout, but it's not likely to save HTC. The device looks similar to its predecessor at a time when competitors have multiplied and stepped up their game, making it even harder for the struggling company to make a mark in the high-end segment.

Design has, since the launch of the first One model, been HTC's biggest strength. The One M9, however, doesn't have the same wow factor as its predecessors since the design is no longer as groundbreaking.

"To most consumers the One M9 will look almost identical to the One M8, which preceded it, and that's a big challenge for HTC," said Ben Wood, chief of research at CCS Insight.

This feeling of déjà vu was highlighted by a number of product reviews on Monday. HTC's uphill battle is made more difficult by advancements made by Apple and Samsung Electronics with bigger screens on, respectively, the iPhone 6 and 6 Plus and the design and hardware of the Galaxy S6 and S6 edge.

Samsung is under pressure to improve sales after a disappointing last year, and is about to unleash the biggest marketing campaign in its history, which HTC can't hope to match, according to Wood. Also, the fact that the Galaxy S6 costs the same yet has more impressive specs than the One M9 is bad news for HTC, PC Advisor said in its review.

The One M9 will also face new competitors in some parts of the world, including the Note Pro from Xiaomi, which has more integrated storage, RAM and more pixels per inch.

High-end products serve two purposes: to generate sales and propel the rest of a company's portfolio. Not having a successful flagship smartphone has been a problem for HTC for some time.

The company's shipments fell by 2 percent year over year in the fourth quarter, while the overall market grew by 31 percent. It was the vendor's 12th straight quarter of global volume decline and it continued to lose traction in the important North America and China regions, according to market research company Strategy Analytics. HTC's market share was a measly 1.2 percent, it said.

Declining unit sales can make life more difficult for smartphone vendors. It becomes harder to secure the best components since chipmakers prioritize larger competitors. From that point of view, Samsung's choice of its own processor over Qualcomm's Snapdragon 810, which powers the One M9, was a good thing for HTC.

To grow, HTC plans to launch more mid-range smartphone models in key territories like Taiwan (its home market), and to expand into tablets and wearables. However, a more diversified product portfolio will take resources and time to develop -- time and money that HTC simply does not have in its current weakened state, according to Strategy Analytics.

Wood is bit more upbeat in his assessment of HTC's expansion: "Partnering with Under Armour on the Grip fitness band and with Valve on the Vive virtual reality headset are smart moves," he said.

Strategy Analytics thinks the best option for HTC is to merge with a company like Xiaomi or Huawei Technologies -- both Chinese companies. The rationale for such a deal would be the same as the strategy behind Lenovo's acquisition of Motorola Mobility from Google: to combine forces for a bigger footprint in global markets. However, mergers and acquisitions are always risky, and a smartphone market without HTC would be a little less exciting.