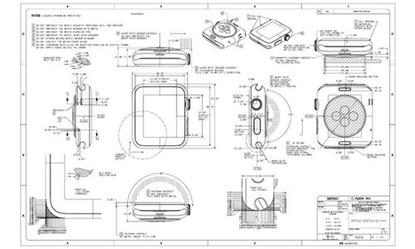 Third parties interested in creating Apple Watch bands should keep their designs simple and consider the environment, according to guidelines Apple released for accessory makers.

Some of the requirements are obvious, like clauses prohibiting bands from interfering with the smartwatch's heart rate monitor or the ability to use Apple Pay. Bands must provide people with "a snug, yet comfortable, fit that prevents movement of Apple Watch relative to skin," Apple said.

Other requirements stress less obvious issues, such as meeting the environmental regulations in the regions where the bands will be sold. The EU and China, for example, have restrictions on the amounts of nickel and formaldehyde that can be used in products that come in contact with a person's skin.

One regulation may disappoint people who hoped to buy an Apple-approved, third-party band to boost the device's battery life: Bands incorporating wireless chargers are forbidden. Accessory makers can still make such bands, but their products won't receive Apple's blessing and run the risk of not working when the watch's software is updated.

The guidelines, which are spelled out in two documents, detail corrosion, durability and strength tests, among other requirements, that the bands and lugs must pass. The lugs secure the bands to the watch by using a magnetic attachment system that Apple designed. Apple said the lugs would be available "soon," but didn't offer a time frame.

Apple didn't share any details on developing bands that utilize a six-pin port found on the watch, the purpose of which remains a mystery. Some media reports speculate the port, which is covered, could be used for diagnostic tests. One accessory maker has discovered that the port can be used to charge the device and developed a band with that function.

Apple also provided detailed drawings of the 38mm and 42mm Apple Watch bodies, the lug and the interface where the band attaches to the watch.