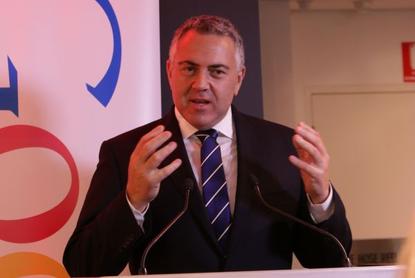 Treasurer Joe Hockey has confirmed the Federal Government plans to extend the goods and services tax to digital products ahead the 2015 budget.

The so-called "Netflix" tax will target merchants of digital products such as software, streaming services, digital books and music and is projected to reap the government about $350 million over four years.

Hockey said a "tax integrity" measure would ensure that the suppliers of digital products and services into Australia charged the GST on products.

The GST only currently applies to imported physical goods valued at more than $1000.

This threshold will now apply to digital products.

However, the government has opted against lowering the threshold across the board, as it would be to costly to enforce.

The proposed changes to the tax act will target 30 companies and will not be introduced before July 1 this year.

Hockey said the government would consult with business before introducing the new tax.

"One of the things I'm concerned about is unintended consequences, particularly for Australian businesses."

Local companies will now be more competitive on price as they will have a level playing with companies who previously did not have to pay a 10 per cent GST.