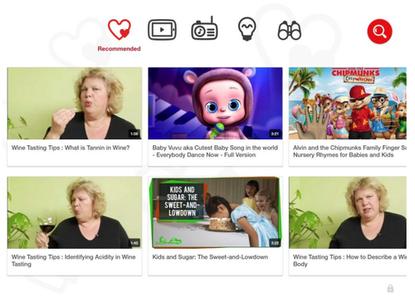 YouTube Kids, a Google app for preschoolers that is supposed to only show safe content, is full of videos that are potentially harmful to children, according to a complaint filed against it in the U.S.

On Tuesday, the Center for Digital Democracy and the Campaign for a Commercial-Free Childhood filed an update to their U.S. Federal Trade Commission (FTC) complaint against the video app.

The groups found videos with explicit sexual language, a profanity-laced parody of the film Casino featuring Bert and Ernie from Sesame Street, jokes about pedophilia and drug use as well as advertising for alcohol products. The app also showed videos modeling unsafe behavior including people playing with matches, juggling knives, shooting a nail gun, tasting battery acid and making a noose.

The app also recommends wine-tasting videos and a video that opens with a man saying: "I was barely a teenager, the first time I tried to kill myself."

YouTube Kids was introduced in February and is available on Android and iOS. In its iTunes description the app claims to be designed for kids and full of age-appropriate "videos that parents can feel good about".

The updated complaint against the app includes a video of the potentially harmful content and adds to a complaint filed with the FTC in early April. At the time, the groups requested an investigation alleging that the app pushes unfair and deceptive ads on children in violation of federal regulations on commercial TV.

"In addition to the unfair and deceptive marketing practices we identified in our initial request for an investigation, it is clear that Google is deceiving parents about the effectiveness of their screening processes and the content on YouTube Kids," the groups said, adding that federal law prevents companies from making deceptive claims that are misleading to consumers.

They urged the Commission to expand its investigation to include the new concerns and take decisive action to stop Google from deceiving parents and exposing children to harmful content.

Google said it takes feedback very seriously and is working to make the videos in YouTube Kids as family friendly as possible. People who spot an offensive video can flag it for manual review and removal from the app if inappropriate, the company said.