DoCoMo ports its Japanese voice assistant to a toy sheep 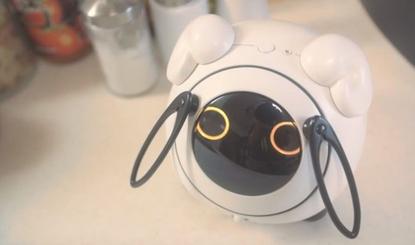 From NTT DoCoMo and Tomy, OHaNAS is a smart toy that can speak in Japanese and retrieve useful online information.

While Microsoft has made its voice-driven Cortana assistant available across Windows 10 devices, Japanese mobile carrier NTT DoCoMo is porting its own helper to a different kind of hardware -- a toy sheep.

Developed with toy maker Tomy, the cartoonish plaything can have simple conversations in Japanese and connects via smartphones to DoCoMo's cloud-based natural-language dialogue platform. It's designed for family use.

The gadget is called OHaNAS, short for the awkward title Organized Human interface and Network Artificial intelligence System but also a play on the Japanese verb "hanasu," to speak. The latest in Tomy's long-running Omnibot toy series, it can talk about topics such as the weather, food or horoscopes, and engage in Q&A sessions with users aged 8 and up.

A promo video on YouTube shows the toy playing a word game with a girl, suggesting seasonal cooking ingredients to a woman, and telling a bedtime story.

OHaNAS has a round body, long floppy ears and glowing eyes that change color. Like many Japanese cartoon characters, it lacks a mouth or other facial features, leaving its expression to the user's imagination.

As it converses with users, OHaNAS can learn their preferences and hobbies. It can also take cues from conversation and search the Internet for relevant information. For instance, if a user mentions the need to do laundry, OHaNAS might search for and relay weather information that would affect drying clothes outdoors, a common practice in Japan.

Earlier this year, a planned new version of Mattel's Barbie doll raised privacy concerns related to its ability to record what children say and upload it to a cloud server.

Many Japanese toys and robots, including the Omnibot models from Tomy, have also featured conversation abilities. But the sheep is the first to use DoCoMo's sophisticated Shabette Concier smartphone voice agent, which can analyze linguistic patterns in spoken Japanese.

DoCoMo also wants to port the app to IoT (Internet of Things) devices such as connected cars and home appliances so people can simply talk to them instead of using manual controls or settings.