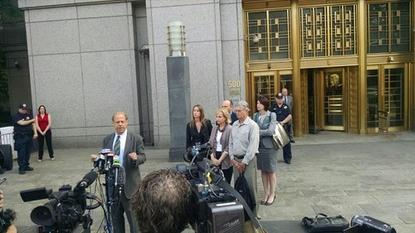 Ulbricht's lawyer, Joshua Dratel, has not decided yet what issues the appeal will be based on, according to Dratel's office.

Dratel is appealing both the conviction, as well as a forfeiture ruling that states Ulbricht owes the government over $183 million, based on Silk Road profits.

Federal prosecutors estimated that between 2011 and 2013, Silk Road facilitated over $1 billion in drug sales worldwide, along with other unlawful activities such as money laundering and the sales of computer hacking tools and fake identification forms.

The case will be heard by the United States Court of Appeals for the Second Circuit, and its ruling, except under special circumstance, will be final.