With iOS 9, developers will be able to limit their apps to newer devices 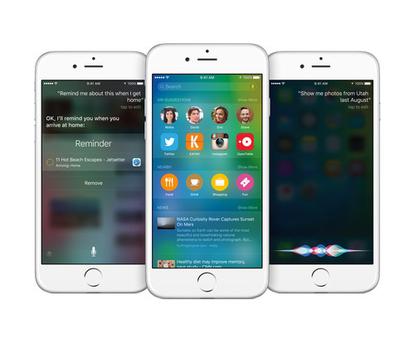 Apple's next mobile OS will run on devices as old as the iPad 2 and the iPhone 4s, but that doesn't mean the newest apps will run on those products as well. With iOS 9, Apple will allow third-party developers to restrict apps to running only on recently released iPhones and iPads.

Developers who want their apps to run only on the latest and greatest hardware will be able to restrict their apps to devices with a 64-bit processor, thanks to a policy change coming with the launch of iOS 9. That means only devices with an A7 processor or better at this point, the iPhone 5s, iPhone 6, iPad Air, iPad Air 2, iPad Mini 2 or iPad Mini 3 will be able to install them. Those people with ineligible devices won't even see apps in the store that don't work with their processors.

The change, first noticed by 9to5Mac, will help developers get away from older devices like the iPad 2, iPhone 4s and iPad Mini, which will still be able to install iOS 9 when it's released later this year. The A5 chip that powers those devices isn't powerful enough to run many applications with high demands on system performance, such as some games. Right now, developers with apps that require newer processors can only post a notice in the App Store warning away users with older devices.

That works okay for people who actually read the App Store descriptions, but some users will miss that notice and purchase an app they can't use. That leaves them with a useless app, which isn't much of a problem with free content, but is a harder to stomach for games that cost several dollars.

The change is also good news for developers who don't want to spend time optimizing their application for older devices. Independent developers with little time won't have to build apps that run well on the iPad 2's 1GHz processor and 512MB of RAM, and high-end game developers can focus their efforts on higher-performance devices as well.

It also means that Apple can continue to offer operating system support for older devices and rely on third parties to drive users to upgrade their hardware. Developers who don't want to deal with the reduced performance capabilities of older devices will stop supporting them, which means people holding on to aging iPads and iPhones will find their devices less able to access everything the App Store has to offer. That, in turn, may drive them to upgrade their hardware in order to take advantage of new software.

Apple has been criticized in the past for cutting off support for older devices too quickly with its OS upgrades, so this option means the company can continue to provide updates to devices while third parties step away from supporting them.