Four challenges for Twitter's next CEO 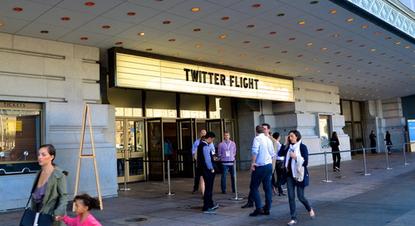 Dick Costolo has stepped down as CEO of Twitter after five years on the job, relinquishing his post amid longstanding problems including sluggish growth and frequent abusive comments posted to the social network. Twitter cofounder Jack Dorsey, who is also CEO of Square, will be interim CEO when Costolo steps down on July 1.

When Twitter finds a permanent replacement, he or she will face several big challenges. Here are four of them:

Perhaps the biggest problem Twitter has is that many people who aren't tech enthusiasts still don't understand what it's for or why they should use it. For every occasion Twitter is referred to as a social network, it's also identified as a news source, a publishing system, a feed of real-time events and a micro blog. Perhaps it's all those things, but that doesn't help sell it to people who aren't yet on the service. If it's a social network, why use it when Facebook's around? If it's a micro blog, why not use a proper blog like Tumblr instead?

Costolo has likened Twitter to a real-time feed of things happening in the world. But that viewpoint doesn't always seem to mesh when Twitter releases product updates geared toward group messaging, or when it removes the character limit on direct messages.

The new chief needs to make it clear what Twitter is for, and then stick to it.

To attract new users, its next chief will need to make Twitter less intimidating and more intuitive to people when they first sign up. Who should you follow, and how do you find them? Should you publish tweets or just read them? The company has tried to address these issues with new tools. Earlier this year, it began rolling out a feature called "instant timeline" that uses a variety of signals, including the contacts on a person's smartphone, to see who they might want to follow and automatically create a list.

Jack Dorsey appears to agree on this. On a call to discuss Costolo's departure Thursday, he said that the easier Twitter's service is made to use, the more accessible it will be to new users.

3. Getting the growth back

If Twitter's new chief can successfully deal with the above issues, this third one becomes easier: The growth in the number of people who log in each month has consistently slowed for the past couple years.

At the end of the first quarter, Twitter had 302 million monthly active users. That was up 18 percent from the same period last year, the lowest reported growth for the company. Slowing growth makes it harder for Twitter to attract advertisers, who supply the company with the bulk of its revenue.

To offset the anemic growth, Twitter has developed new programs to publish content from its site on other websites, to get it in front of people who aren't regular Twitter users. Tweets now appear in Google search results, for instance, and tweets and hashtags are plastered across countless billboards, TV programs, and advertisements.

Twitter targets ads based on data tied to users' activity. But the company faces challenges making money from ads when they're shown outside the site, to people who Twitter doesn't know much about.

Partly because Twitter does not require people to use their real names, content posted to its site can be horrible and offensive. Misogynistic and hateful comments about women in the gaming community were posted on Twitter, as well as other sites like Reddit and 4chan, in the Gamergate controversy. In a leaked memo earlier this year, Dick Costolo admitted the company "sucked" at dealing with abuse.