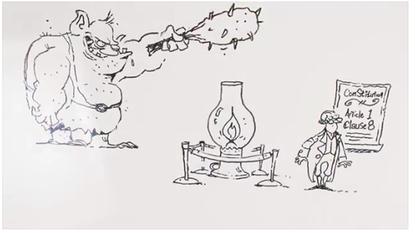 A bill aimed at making it more difficult for so-called patent trolls to file unfair patent-infringement lawsuits has passed in a U.S. House of Representatives committee.

The House Judiciary Committee's approval of theInnovation Act late Thursday adds momentum to a congressional push to limit the ability of patent-licensing firms to send out mass patent licensing demand letters and to file abusive infringement lawsuits. The committee's 24-8 vote to approve the bill sends it to the full House for consideration.

The legislation would also require courts to make decisions about whether a patent is valid early in the litigation process, making it more difficult for plaintiffs to drag on cases for years. It also requires judges to award attorneys' fees to the victims in a frivolous lawsuit.

Several technology trade groups praised the House committee's approval of the bill. "This balanced, common-sense legislation closes the legal loopholes used by patent trolls -- individuals and companies that don't invent or manufacture, but simply abuse our patent system to extort American innovators," Gary Shapiro, president and CEO of the Consumer Electronics Association, said in a statement.

Several other groups, including the Association of American Universities, the Medical Device Manufacturers Association and the National Venture Capital Association, have opposed the bill. The bill will "dramatically weaken intellectual property rights, harm U.S. competitiveness and undermine a patent system that has been critical to incentivizing innovation and job creation in our country for more than 200 years," those groups and three others said in a statement.