The institute's software will be free for non-profits and academic researchers, but everyone will pay to use Google's cloud platform 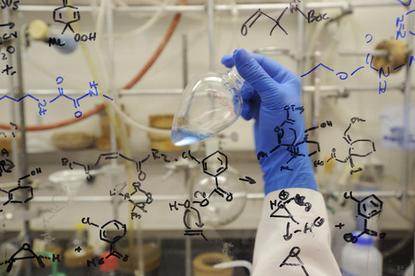 Google has partnered with Broad Institute to offer the biomedical research organization's DNA analysis software as a service on the tech company's Cloud Platform.

The institute's Genome Analysis Toolkit will run in Google Genomics, the company's cloud service for life sciences research. Google positions the service as a platform for storing and analyzing the world's genomic data.

The hosted service is available now "to a limited set of users," Google said Wednesday. The company didn't immediately reply to a request asking how many researchers can initially use the service or when it would be available to more scientists.

The Broad Institute offers the software, which scientists use to analyze genomic data, for free to academic researchers and non-profits, while businesses are charged a licensing fee. This model will be applied to the cloud version of the software, although all users will have to pay to use Google's cloud. Google didn't provide pricing information for the service.

Analyzing the large data sets found in biomedical research requires robust computing power, said the Broad Institute, a Cambridge, Massachusetts, organization affiliated with Harvard University and the Massachusetts Institute of Technology. Placing the toolkit in Google's cloud gives researchers the necessary processing power without setting up the accompanying IT infrastructure, the organization said.

The data represented by one genome requires approximately 100GB of storage, according to researchers.

Google isn't the only tech company applying cloud computing to health care and biomedical research. IBM is using its Watson artificial intelligence technology to study cancer treatments. Microsoft and Amazon are also promoting their clouds for storing and analyzing genetic data to combat disease, a market that analysts estimate could be worth US$1 billion by 2018.