Express consent from customers will be needed for marketing related calls, PayPal said 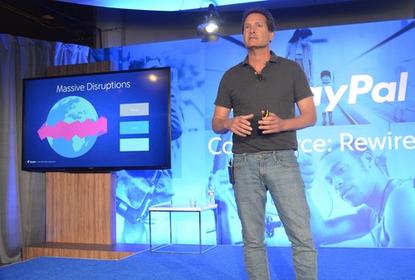 PayPal President and incoming CEO Dan Schulman, speaking during an event in San Francisco on May 21, 2015.

PayPal is fine-tuning its policies after a recently announced plan to make unsolicited prerecorded calls and texts to users drew questions and concerns from customers, regulators and consumer advocates.

Earlier this month, PayPal generated controversy when it proposed amendments to its terms that would allow it make unsolicited calls for marketing and other purposes. The Federal Communications Commission told PayPal that the proposed terms, which would go into effect July 1, might violate federal laws because unsolicited robocalls are only legal if a company has obtained written or oral consent from consumers.

On Monday, PayPal said it was modifying the new terms. Under the new terms, customers will have to give the company express written consent before PayPal can place autodialed or prerecorded calls and texts for marketing purposes.

Customers will receive an email notifying them of the changes, the company said.

The calls will otherwise be used primarily to protect customers from fraud, provide notices around account activity and collect debts, the company said.

The National Consumer Law Center, a nonprofit consumer advocacy group, had brought their concerns over PayPal's new policy to the FCC. On Monday, Margot Saunders, an attorney at the nonprofit, said she was pleased with PayPal's changes.

The FCC, in a statement, also said PayPal's changes were a significant improvement.