​Samsung Gear S2 goes on sale in Australia from $499

Will go on sale at major retailers and mobile providers 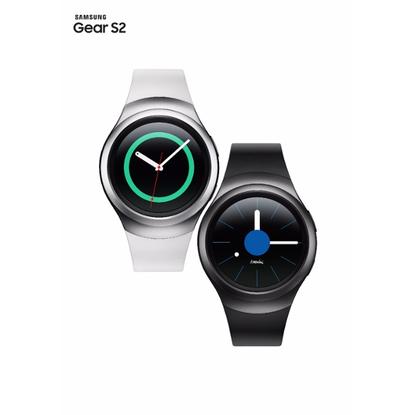 Sales of Samsung’s first circular smartwatch has commenced from its Experience stores in Sydney and Melbourne.

Pricing for the Gear S2 and Gear S2 classic has been set at $499 and $599 respectively. This puts Samsung’s Tizen-powered wearable in the ballpark of Apple’s Watch Sport.

No firm date of delivery has been set. The smartwatches will be made available in retail stores and mobile providers in November.

Separating the Gear S2 from the S2 classic is the design. Its black watchface wears grooves and it ships with a black leather band.

The Gear S2 will be available in Dark Grey combinations, or with a silver case and white band.

Both wearables run Tizen OS and work with smartphones running Android 4.4 and onwards.

The design incorporates a rotating bezel; a move that echoes the digital crown of Apple’s Watch.

The smartwatches circular display spans 1.2-inches and has a 302 pixel-per-inch density. It is powered by a 1GHz dual-core CPU, works over Wi-Fi 802.11n and uses wireless inductive charging.

Samsung is positioning the Gear S2 range as fitness companions. The smartwatches ship with the company's suite of fitness software and are resistant to water 1.5 metres deep for thirty minutes.

Apple’s Watch launched locally in May, Huawei’s Watch goes on sale in Australia today and a range of striking wearables have been unveiled by Motorola.