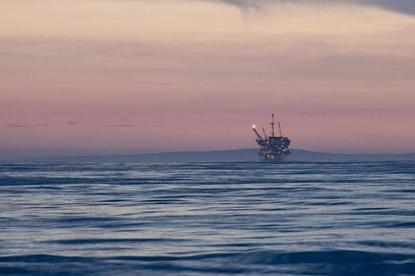 Oil company Total has almost tripled the performance of Pangea, a supercomputer it uses for analyzing subsurface imaging in search of new oilfields.

That's enough to put it among the 10 fastest supercomputers in the world, according to Total, which based its claim on rankings published last November by Top500.org, the international supercomputer ranking organization.

Total's claim is based on the assumption that no other computer has been similarly upgraded in the meantime, something we won't know for sure until the next edition of the list is published in June.

But there's another wrinkle that might cast doubt on Total's top 10 status, and that's what exactly the 2.3 petaflop figure represents.

In the world of supercomputer drag racing, there are two measures of top speed: maximum performance (Rmax) and peak performance (Rpeak). Rmax is measured under real-world conditions using the Linpack benchmark. Rpeak is a theoretical measure derived from the chip manufacturer's clock rating for the processors with which the computer is built. The difference between the two is an indication of how efficiently a system's designers have exploited the processors' capabilities.

In quoting the value of 2.3 petaflops, Total appears to be talking about theoretical peak performance, Rpeak, as according to last November's Top500, Pangea had an Rmax of 2.098 petaflops and an Rpeak of 2.296 petaflops. Those figures have not changed since Pangea's first entry into the list in June 2013.

That was enough to make Pangea the fastest supercomputer in France, ahead of several supercomputers operated by the French Alternative Energies and Atomic Energy Commission, and to put it in 33rd place in the rankings worldwide.

Total officials reached for comment were not immediately able to clear up the mystery.

Either way, barring other unannounced upgrades, 6.7 petaflops is enough to catapult Total's computer to the top of the oil industry -- and indeed to make Pangea more powerful than any other commercially operated computer. The 13 most powerful machines last November all belonged to government laboratories, universities or research institutes.

In 14th place was Abel, a computer operated by oil exploration rival Petroleum Geo-Services. A Cray computer built from Intel Xeon E5-2698v3 16C processors with a total of 145,920 cores, Abel had an Rmax of 4.4 petaflops and an Rpeak of 5.37 petaflops.

PGS uses Abel for wavefield imaging, processing seismic data captured from its survey fleet to determine the structure of rocks beneath the surface.

Total uses Pangea for much the same thing. It expects the upgrade to improve the accuracy of its subsurface imaging and to cut its costs by making seismic studies shorter.

State-of-the-art, data-intensive computing is a competitive advantage, the company said. The performance boost will allow Total to analyse multiple seismic images of the same area taken at different moments in time in order to build a better picture of what lies hidden below.