4 advantages of moving to the cloud 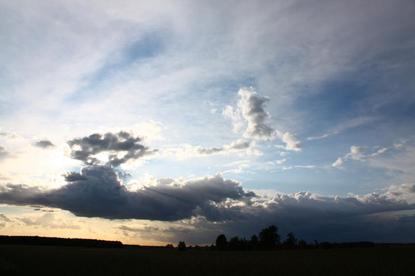 The majority of breaches that have occurred over the past two years have resulted from on-premise issues.

Fear of the cloud in today’s security landscape is largely misplaced. While it’s the simple things that are frequently the best option for security, factors such as growing network structures and a mobile workforce mean businesses are challenged with many systems that need to be secured against a growing range of security threats. Many IT professionals feel overwhelmed with the burden of coverall aspects of security and are expressing fear of the cloud. However, there are some really compelling reasons to be looking at the cloud for security.

Based on this finding, let’s look at some of the advantages of moving to the cloud:

Even though moving the WordPress and Drupal sites to the cloud may not have mitigated the risk of unpatched boxes, it would have likely prevented the compromise of the on-premise network. With hosted cloud services it’s possible to build on-premise networks with no external ports or services located on the Internet. When that architecture is adopted, facilitated by hosted services, outbound network activity to a limited number of IP address(es) is easy to monitor. So, in the instance of a data breach occurring within an on-premise box, cloud-based solutions would make it more difficult for hackers to access data.

The majority of cloud providers offer attractive subscription-based options with loads of add-in security, such as application firewalls, geo-IP filtering and VPN endpoint technology. For MSPs, removing physical servers from customers and putting them in the cloud can be done without affecting recurring revenue. The customer still has a ’server’ after all – it’s just in a data centre – and endpoints will never go away as they are the technology needed to access the cloud. Furthermore, when it comes to protecting the server from physical threats, such as weather and theft, you can’t beat an SOC 2-compliant data centre.

From the above it should be clear that moving servers and services to the cloud is a huge win for security and ease of administration. However, the last point in favour of cloud services is perhaps the most compelling: the vast majority of cloud providers offer security features that are costly to implement into on premise networks. IP address(es) for whitelisting access, two factor authentication for account access, granular user controls and advanced security analytics to detect account credential compromise are all possible.

So, far from shying away from the cloud, you should be embracing it and the efficiencies and extra security it can give you.