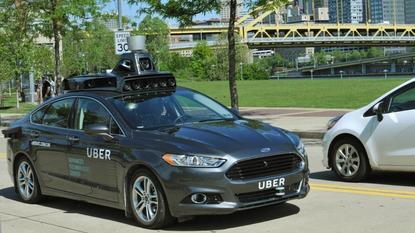 Uber will begin real-world tests of self-driving car technology in the coming weeks, putting a custom Ford Fusion onto the streets of Pittsburgh.

The car will drive around the city collecting mapping data and testing out its self-driving technology, Uber said in a blog post.

Accurate mapping data is crucial for self-driving cars because the cars themselves don't have the ability and sophistication to figure out their precise location unaided. They scan the surroundings and match that to a preexisting database of the city to determine how to proceed.

The tests will be one of the most visible signs of the research and development going on at the company's Advanced Technologies Center, a partnership with Carnegie Mellon University that was announced in 2015.

Research at the center is still in its early days, but the company's goal is to take the technology to a level where it could be used in a commercial transportation service. That's quite a goal.

Earlier this year, Uber announced an expansion to a new research facility in Pittsburgh to allow for the construction of temporary roadways. On private testing areas, cars can be challenged with situations that would be dangerous on public streets, but it's difficult to generate the unpredictable nature of streets in a major city.

For now, the trials will look at how the initial software and systems cope with a real city. A researcher will be behind the wheel at all times, ready to take over from the car's computer should things appear that they are going wrong -- that's not just a safety move but also the law.