Software giant unlikely to give up the fight 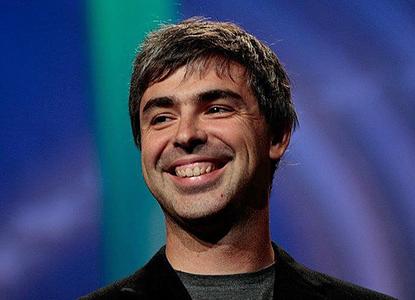 Google CEO, Larry Page is all smiles over his company's recent win over Oracle

A jury has found in favour of Google in the latest round of a legal battle in which software giant, Oracle, was suing the search behemoth for breach of copyright.

The jury ruled that Google had shown its implementation of Java within its mobile operating system, Android, constituted ‘Fair Use’ under the US Copyright Act. Oracle had been seeking $US9 billion in damages.

The ‘Fair Use’ clause in the Act is usually reserved for derivative works based on another’s intellectual property. It was originally intended to protect individuals in pursuits such as education, parody, commentary and criticism.

After three days, the jury ruled unanimously that Google’s actions were within the law.

The two companies have been tied up in a lawsuit for years, which resulted in the current retrial of a 2012 hearing in San Francisco.

Google began incorporating features from Java into Android in 2007, the same year the mobile operating system was publicly unveiled.

Java was owned by Sun Microsystems at that time but after Oracle bought the company in 2010, it asked Google to pay licensing fees, highlighting 37 separate API packages it claimed Google had implemented.

When the two companies could not come to terms, Oracle sued Google for using the APIs without permission.

Oracle’s founder and CEO, Larry Ellison, the fourth richest man in America, has been critical of Google and particularly of CEO Larry Page for many years, saying publicly on many occasions that he has a deep personal dislike for the Google chief.

In the suit, Oracle argued Google had stolen its intellectual property, denying the company billions in revenue in the smartphone market.

In response, Google argued its implementation of Java APIs fall under US copyright laws for fair use, which permits limited use of copyrighted material without licensing for creative, educational, and other purposes.

Page and other Google executives, including former Android boss, Andy Rubin, have repeatedly denied any wrongdoing in the use of Oracle’s APIs. They claimed the company was free to use elements of Java without a license.

Oracle sought more than $US9 billion in damages from Google in the current battle.

A Google spokesperson said the verdict represented a win for the Android ecosystem, for the Java programming community, and for software developers who rely on open and free programming languages to build innovative consumer products.

“Oracle brought this lawsuit to put a stop to Google’s illegal behavior. We believe there are numerous grounds for appeal and we plan to bring this case back to the Federal Circuit on appeal,” he added.

Despite the latest ruling, the verdict is unlikely to be the end of the fight as most case followers suspect it will likely return to the appeals court.

Following that, either party could make another bid to be heard by the US Supreme Court.