Artificial intelligence, Internet of Things, driverless cars, next-gen batteries are on the cusp of changing the world, 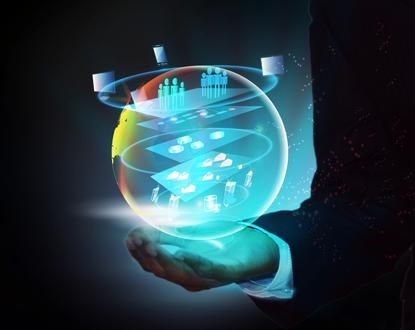 The World Economic Forum has put together a list of the top 10 emerging technologies that will change our lives. The list includes nanosensors that will circulate through the human body, a battery that will be able to power an entire town and socially aware artificial intelligence that will track our finances and health.

These are not far-flung visions, according to the forum. They are technologies that are on the cusp of having a meaningful impact.

“Horizon scanning for emerging technologies is crucial to staying abreast of developments that can radically transform our world, enabling timely expert analysis in preparation for these disruptors,” said Bernard Meyerson, chairman of the World Economic Forum council that compiled the list of the top 10 emerging technologies in 2016. “The global community needs to come together and agree on common principles if our society is to reap the benefits and hedge the risks of these technologies," he said.

The World Economic Forum is a Switzerland-based nonprofit that focuses on improving the state of the world through public and private cooperation.

Meyerson, who also is the chief innovation officer at IBM, said in a statement that one of the key criteria for a technology to be picked for the top 10 list for this year is that it must be at a tipping point in its deployment.

Some of the technologies, such as autonomous cars, have been under development for some time and are now at a point where their “impact can be meaningfully felt.”

1. Nanosensors and the Internet of Nanothings

The forum anticipates that with the Internet of Things expected to reach 30 billion connected devices by 2020, IoT will be one of the most exciting areas of technology. The report notes that nanosensors likely will be found working in everything from the human body to walls and furniture, and will be used in industries including architecture, agriculture, healthcare and pharmaceuticals.

This technology could hold the key to greatly advancing renewable energy, according to the report. By using sodium, aluminum and zinc-based batteries, along with advanced energy storage solutions, could enable mini-grids to provide clean energy for an entire village or small town.

This technology serves as a public ledger of all Bitcoin transactions ever carried out. Listed in chronological order, the ledger has the “potential to fundamentally change the way markets and governments work,” the forum reported. The project received $1 billion in investments last year alone.

While 3D printing is receiving a great deal of attention, the forum contends that single-atom layer materials, such as graphene, can be used in products like air and water filters, wearables and batteries.

With Google leading the charge in developing and road-testing driverless vehicles, there has been an increasing level of interest in the technology to one day soon drive the elderly. The forum also cited the technology's potential for saving lives, curbing pollution and improving economies.

Researchers have developed models of human organs "the size of a memory stick," and the work could “revolutionize medical research and drug discovery,” according to the forum. The miniature organs could be used to study biological behaviors in ways that have not previously been possible.

Perovskite materials -- minerals and ceramics with a specific crystal structure -- have major advantages over traditional silicon solar cells. These materials, according to the report, are easier to produce and generate power more efficiently. Those are all big pluses for an industry trying to produce renewable, clean energy.

Huge amounts of available data, combined with the latest algorithms for social awareness and natural language processing, will mean the development of smart digital assistants that can help users track their finances and health.

Optogenetics is the ability to use light to control cells in living tissue. The report notes that scientists have been using light and color to interact with neurons in the brain. However, recent advancements are delivering the communicating light deeper into living brain tissue, which could lead to new treatments for brain disorders.

With the environmental problems and limited resources of fossil fuels, scientists have been working to create fuels, chemicals and materials from renewable resources, like plants. The forum contends that by using plants, these products can be made less expensively and more easily.

While industry analysts will quibble over specific items on the list, most called it a comprehensive group of leading emerging technologies.

“It’s anyone’s guess as to which technologies will prove to be game changers in the future,” said Dan Olds, an analyst with The Gabriel Consulting Group. “Plus there are a hell of a lot of significant new technologies that are still under the radar. That said, I think the World Economic Forum did a pretty good job of winnowing their list of top technologies to just 10.”

Olds also questioned whether a technology like organs on a chip is close enough to be considered at a tipping point.

“I might argue that a couple of their choices, like organs on a chip, are still quite a bit out there, while other technologies like self-driving cars, are a lot closer to providing benefits,” he said. “The list is also, by necessity, general, because they’re talking about areas of research and advances rather than specific breakthrough products. With this in mind, I can’t see anything big that they left off the list.”

Jeff Kagan, an independent industry analyst, called the list interesting, but questioned how soon the technologies could be applied in the real world.

“Whether any of these will be leading technologies going forward is the real question,” he said. “I would say many, if not most of these ideas will continue to be in the developmental stages at best, for the next several years… Bottom line, the entire world is in transition.”

Artificial intelligence (A.I.) were viewed as one of the most intriguing emerging technologies.

“This has the ability to change nearly every factor of our lives, from transportation to education to efficiently running cities to improving healthcare,” said Patrick Moorhead, an analyst with Moor Insights & Strategy.

He added that he was surprised that virtual and augmented reality did not make the list.

“They should be on the list because they signify an entirely new interaction model for compute devices,” Moorhead said. “We are at a tipping point with augmented reality and virtual reality, as we now know what needs to be done. What we don't need to do is more research to figure out the next steps in development to take.”

Ezra Gottheil, an analyst with Technology Business Research, said he’s excited about artificial intelligence, but he’s particularly eager to see how autonomous vehicles play out in the next few years.

“I'm very pleased with the arrival of autonomous vehicles because I'm 66,” he added. “If I live longer than I can drive, this would be very important to me. They’re already on the streets in Palo Alto, [Calif.]. It's looking amazingly soon, like five to 10 years… Think of Uber without the drivers.”