Kaspersky Lab has detected a spike among its own Android users 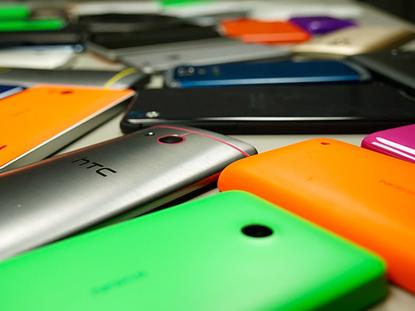 The number of users infected with mobile ransomware is skyrocketing, as hackers try to expand the number of potential victims they can target.

Compared with a year ago, almost four times as many users are being attacked by mobile ransomware, security firm Kaspersky Lab said on Wednesday.

It's a troubling trend. Ransomware has typically targeted PCs by encrypting all the information that is inside the targeted machines, and then holding the data hostage in exchange for money.

The threat is that users who fail to pay ransom will see all the data erased. Hospitals, schools and police departments have all been major victims. But increasingly, hackers have begun focusing on smartphones.

Kaspersky looked at its own Android customers and noticed the spike. Between April 2015 and March this year,136,532 of its users encountered a mobile version of ransomware. That's up from 35,413 in the year earlier period.

Kaspersky customers in Germany, Canada, the U.K. and the U.S., in that order, were the top four countries affected by mobile ransomware.

The largest mobile ransomware family detected is called Fusob, Kaspersky said.  It was responsible for 56 percent of the attacks during the year and targets Android users.

Once downloaded, Fusob can block all user access to a device. Victims are told to  pay between $100 and $200 in iTunes gift cards to deactivate the block.

Most of the victims have been located in Germany. The ransomware ignores devices that use Russian and several Eastern European languages.

Kaspersky noted that much of mobile ransomware detected actually doesn't encrypt any information on the infected device. Smartphone owners usually back up all their data to a cloud service anyway, so there's no point to try and encrypt it, the security firm said. Instead, the ransomware blocks user access to apps on the phone. Often, victims of mobile ransomware will see a ransom note on their device's screen with instructions on how to pay the ransom, and will not be able to use the phone otherwise until they do so.

Hackers are increasingly using mobile malware in order to expand the number of potential targets outside of PCs, according to security firms.

"In the end, they're going to follow the money, and find what's most effective," said Christopher Budd, the communications manager with Trend Micro. He expects ransomware to continue to evolve and possibly target more Android-based devices, including smart TVs in the future.

To avoid ransomware, Kaspersky advises that users regularly update their software and back up all crucial files. Users should also be wary of downloading anything from untrusted sources and look into buying strong security software.