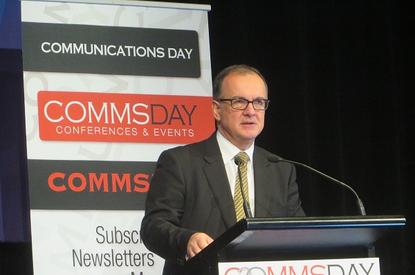 Senator Stephen Conroy has formally requested that the Australian Federal Police drop an investigation into the leaking of NBN documents. The leaks resulted in a high-profile raid on the senator’s office.

Appearing yesterday on ABC Radio Conroy revealed that he had written to the Australian Federal Police on 1 July asking the AFP to end its “ludicrous” investigations into the leak of internal NBN documents.

The Labor senator said that NBN had incorrectly called in the AFP to investigate the leaks.

The AFP raided Conroy’s electorate office in May. The raid followed the leaking of a number of NBN documents that were circulated to journalists and used by Labor to attack the state of the National Broadband Network rollout.

A series of documents revealed details of the cost of copper remediation for fibre to the node, problems sourcing power for FTTN, and that some of the Optus HFC assets acquired by NBN were in poor shape.

The Coalition has claimed to have had no role in the investigation.

In the aftermath of the raids Switkowski penned an op-ed that defended NBN referring the leaks to the AFP. The NBN chairman’s decision to publish the opinion piece was attacked as a breach of the caretaker conventions that guide the conduct of the public sector once an election has been called.

Malcolm Turnbull has defended Switkowski’s decision, though the secretary of the Department of Prime Minister and Cabinet has said that it breached the caretaker guidelines.