Samsung is prepping a ginormous 6.2-inch curved screen for the Galaxy S8

A "smaller" version is no slouch either, coming in at 5.7 inches in a clear attempt to win back fans of the Galaxy Note line. 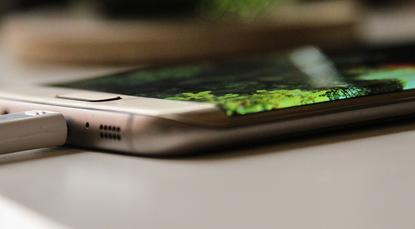 Samsung is a major believer in the adage “go big or go home.”

According to several reports the company is building two phablet-sized phones with dual-edge screens for the upcoming Galaxy S8 line. Venturebeat says one model will come in at an eye-popping 6.2 inches, with the smaller variant at 5.7 inches.

At least the bigger model, to be called the Galaxy S8 Plus, will also reportedly ditch Samsung’s long-standing home button and capacitive keys for on-screen navigation.

Another clue is in Samsung’s naming mechanism.

Samsung usually uses a SM-N9XX for Note phones, so the Galaxy S8 Plus could very well be the spiritual successor to the Note7. There are bound to be more rumors as we get closer to Mobile World Congress, which is where Samsung is likely to unveil its next flagship phones.

This plan is a departure from the S7 lineup, which includes a 5.1-inch model and the S7 Edge at 5.5 inches.

Why this matters: Samsung blew it big time with the Note7. The company knows this, taking out a full-page ad to issue its own mea culpa. The brand damage to the Note name is probably too great to sell another model, so a bigger S8 that appeals to those who may have been drawn to the Note appears to be the current strategy.