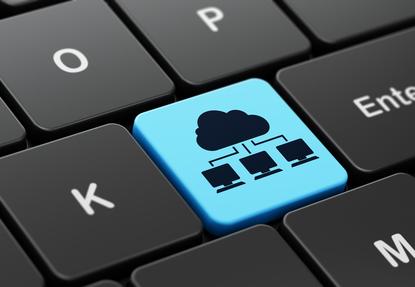 Alibaba’s cloud business has launched its first data centre in the southern hemisphere, with the company’s range of cloud services available from a Sydney data centre since late last week.

The company today officially launched the new data centre. The Sydney facility – which is co-located but Alibaba is remaining tight-lipped on where – is one of a string of new data centres launched this month by Alibaba Cloud.

In addition to the Australian data centre, data centres in Germany, Dubai and Japan launched this month, bringing the company’s total to 14. The company offers services out of facilities on the US east and west coast, Singapore and Hong Kong. It has multiple regions within mainland China: East China 1 (Hangzhou), East China 2 (Shanghai), North China 1 (Qingdao), North China 2 (Beijing) and South China 1 (Shenzhen).

Alibaba Cloud is “among only a few very mature and comprehensive cloud providers in the world,” Ethan Yu, general manager of Alibaba Cloud’s global business, told a press briefing this morning.

Alibaba Cloud launched in 2009 as an effort by the Alibaba Group to “externalise and commercialise” the technologies that it had developed to power its other businesses, notably its ecommerce platform. The business has more than 2.3 million customers worldwide, including more than 651,000 paying customers.

In its most recent quarterly results, Alibaba revealed a 130 per cent year on year increase in revenue for its cloud arm. For the quarter ending 30 September, Alibaba Cloud reported revenue of US$224 million.

“We have very comprehensive infrastructure in the Asia area, especially in China,” he said. “So if an enterprise customer is looking for a global footprint including China data centres and the connectivity to cover the Chinese audience, I think that we are the only one who can provide this kind of global coverage.”

The Alibaba Cloud executive also said that the products developed in-house by Alibaba were another factor in the company’s appeal, including its security, AI and big data services. “Alibaba defines itself as a data company,” Yu said.

“We process lots and lots of data … We started to externalise those data crunching technologies and business intelligence technologies to our customers as well.”

He added that the company’s “flexible and dynamic” middleware, which earlier this month Alibaba leveraged to scale out during its 11.11 Global Shopping Festival and process 175,000 orders per second, is another aspect of its service that will appeal to enterprises.

In a new region Alibaba Cloud generally sees early adoption from smaller users, Yu said, but its customer base extends to the “full range” from developers to SMEs and big enterprises.

He said he foresaw a similar adoption pattern, beginning with smaller businesses, within Australia.

“If you look at the Australian region, the cloud computing mind share is very mature, it is well accepted,” he said. “So I would foresee this process would take [place] even sooner than other regions in cloud adoption and adopting Alibaba Cloud products.”

The company has established a small local office whose headcount is expected to grow. Yu said that Alibaba Cloud would eventually launch local training and certification services.