US Park Service tweets were result of old Twitter passwords 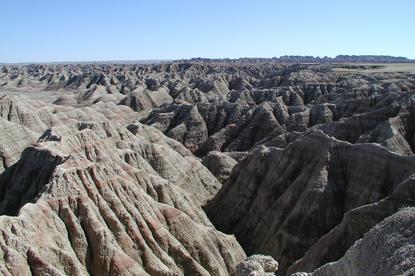 Two instances of tweets from U.S. National Park Service accounts that became political hot potatoes in the last few days were the result of bad password management, according to officials.

The first incident took place on inauguration day when the main National Park Service account retweeted images from a CNN reporter that compared unfavorably the crowd size at President Donald Trump's inauguration with that of President Barack Obama's in 2009.

When Trump began to openly dispute the images and smaller crowd sizes, the National Park Service deleted the retweet and apologized.

"We regret the mistaken RTs from our account yesterday and look forward to continuing to share the beauty and history of our parks with you," it said on Saturday.

Then on Tuesday, an account of the Badlands National Park in South Dakota tweeted a series facts about changes to the earth's climate. They were immediately interpreted as a challenge to Trump's assertion that global warming is a hoax "created by the Chinese."

They were quickly deleted too, so on Wednesday White House press secretary Sean Spicer was asked if the new administration had ordered the Park Service to censor itself on Twitter.

He said that wasn't the case.

"An unauthorized user had an old password in the San Francisco office and went in and started retweeting things that were in violation of their policy," he said of Saturday's incident.

He didn't address Tuesday's Badlands tweets, but the National Park Service told a reporter for Buzzfeed that they too were the result of password misuse by a former employee.

The tweets noted that levels of carbon dioxide in the atmosphere are at an all-time high and the acidity of the planet's oceans is up 30 percent since the beginning of the industrial revolution.

The tweets were retweeted thousands of times and their deletion only served to amplify their message. It also spawned the creation of several parody accounts including an "AltUSNatParkService" one that has attracted more than half a million followers in less than a day.

The National Park Service's national and San Francisco offices did not respond to requests for comment.