It now understands Hindi, Russian, and Vietnamese, with more languages on the way. 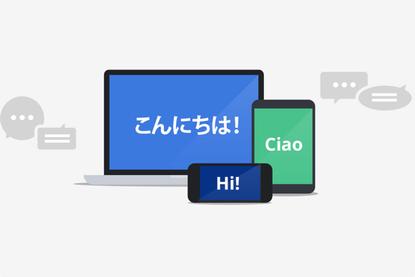 Back when it launched, Google’s new translator was available for English and just eight other languages, including French, German, Spanish, Portuguese, Chinese, Japanese, Korean, and Turkish. Now it is bringing it to Hindi, Russian, and Vietnamese, with more rolling out in the coming weeks. The new languages are available anywhere Google Translate exists: iOS and Android apps, on the web at translate.google.com or via Google search, and the Google app.

When announced in November, Barak Turovsky, product lead for Google Translate, praised its Neural Machine Translation’s understanding of context rather than words: “Since it’s easier to understand each sentence, translated paragraphs and articles are a lot smoother and easier to read,” he wrote. “And this is all possible because of end-to-end learning system built on Neural Machine Translation, which basically means that the system learns over time to create better, more natural translations.”

To test out the new languages, you can head to Google Translate online or grab the latest app for Android or iOS.

Found in translation: You don’t have to be a world traveler to appreciate Google Translate’s abilities. But where we were able to generally get the gist of what was being said before, Google’s Neural Machine Translation lets us truly understand another language, parsing words and phrases, and generating the kind of nuance you once needed a human translator to get.