Expect prices for PCs and mobile devices to rise this year

PC prices will go up by an average of 1.4 percent, while smartphone prices will rise by 4.3 percent, Gartner predicts 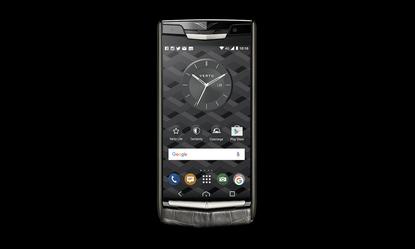 If you plan to buy a new PC or mobile device this year, you'll likely be shelling out more cash than in previous years. Prices are going up, and expensive devices are in demand.

On average, the price of PCs and phones will go up by 2 percent this year, Gartner said in a research report released on Thursday. The calculations are based on U.S. dollars and average market sizes.

Breaking those numbers down, PC prices are expected to go up 1.4 percent this year, while mobile phone prices will go up 4.3 percent.

The prices will go up largely due to the rising prices of components. Also, more users are upgrading to more expensive and feature-rich mobile handsets.

The days of users preferring to buy the cheapest products are gone, said Ranjit Atwal, research director at Gartner.

Buyers are less price sensitive and are instead buying devices "that suit their lifestyles," Atwal said.

Gartner's forecast is in line with a projection in February by Lenovo's chief operating officer, Gianfranco Lanci, who said PC prices would go up this year due to a shortage of DRAM, SSDs, batteries, and LCDs.

The cost of components like NAND flash have doubled since June last year, Gartner said.

The overall cost of purchasing components is going up. Moreover, millennials are willing to spend more on devices.

This year is expected to big for smartphones. Samsung has launched the Galaxy S8 smartphones, and Apple is expected to launch its 10th anniversary iPhone later this year. Premium-priced smartphones will go up by roughly 4 percent, Gartner said.

Android phones will suffer the most from the price increases. In emerging markets like China and India, Android phones are popular because of their affordability, but prices are also going up in those countries.

A good barometer for mobile phone pricing is the Chinese market. Global pricing of Chinese branded smartphones will go up to RMB 2,000 (US$290) by the end of this year from RMB 1,700 (US$246) at the end of last year, analyst firm Trendforce said last month. That's partly because NAND flash supply is tightening.

According to Gartner, smartphone shipments worldwide this year will total 1.9 billion units, up from 1.89 billion last year.

The PC market has slowed down, and it is driven now by high-priced gaming PCs and 2-in-1s. Buyers of those PCs are willing to spend more money on their computers.

That trend is changing the types of computers shipped by PC makers, whoÂ are focused on selling higher-priced products that can deliver larger profit margins.

Low-end laptops and desktops will remain available, but PC makers like Dell and HP are slimming down those offerings. Low-cost laptops like Chromebooks typically have aging components, little storage, low-resolution webcams, and limited memory.

Shipment of tablet devices like the iPad will total 161 million, dropping from 169 million last year, the analyst group predicted.