Everything you need to know to make the right buying decision during the holidays. 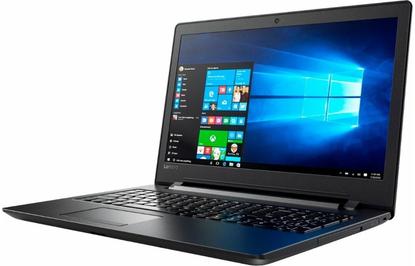 It’s easy to feel overwhelmed by the deluge of Black Friday laptop deals seemingly falling from the sky. The prices can be very tempting, but with an abundance of configuration options, it can be hard to know which deal offers the most value.

Not everyone’s a tech expert. So in this guide, we’ll walk you through the different specs to consider in a Windows laptop, and how those decisions change depending on the price range, whether it’s a sub-$500 model or sub-$750. We’ll also make some recommendations of laptops that we consider worthwhile buys.

With these simple guidelines you should have enough information to maximize your purchase.

The sub-$500 category is the most tricky, because you’ll find both gems and dogs for basically the same cash. Here are the important specs to look at:

Best: Intel Core i3 or Core i5 (any generation)
OK: AMD’s E-series APU
Barely adequate: Intel N-series Pentium or N-series Celeron CPUs or Z-series Atom.
Why: CPUs still do the brunt of the work in a laptop so we recommend going with the best you can afford if you want a more responsive laptop.

RAM
Best: 8GB
OK: 4GB
Barely adequate: 2GB
Why: Insufficient RAM can drag down even faster CPUs, so we recommend a minimum of 4GB to 8GB. Sure, 2GB technically works but it won’t be pretty. Don’t worry about DDR3 vs. LPDDR3 vs. DDR4 as you won’t be able to tell the difference at this price range.

HDD/SSD
Best: 128GB to 256GB SSD
OK: 1TB or 500GB hard drive
Barely adequate: 32GB eMMC or SSD
Why: A solid-state drive (SSD) is a game changer, but that relative speed is offset if the SSD is so small as to be virtually useless. Windows 10 on a 32GB drive is barely enough to run the OS. So get a decent-sized SSD, or go hard drive.

GPU
Best: GeForce 940MX, GeForce MX150, Radeon M7
OK: Integrated Radeon graphics
Barely adequate: Intel integrated graphics
Why: First, it’s important to note that questions about the GPU are really for gaming. If that’s not of interest to you, Intel’s integrated graphics are actually preferred. While it’s difficult to get a discrete GeForce graphics chip into a $500 laptop it can be done. Other than that, AMD’s integrated Radeon is the next best option for gaming.

So let’s apply some of our guidelines to a few laptops on sale today to see how they play out.

Barely adequate: The Lenovo IdeaPad 110S is a typical $200 range laptop. It comes with 2GB of RAM, a 32GB eMMC, and runs on an N-class CPU. It works, but just barely.

OK: With the Acer E 15 you get a Core-class CPU and 4GB of RAM. For $349, this is a great deal for a basic Windows laptop. It’s not that portable, but gets the computing job done well.

Best (alternate): If portability is important, the Asus ZenBook Flip UX360CA is a

good buy. This budget ultra-portable gives you a convertible laptop with touchscreen, 8GB of RAM, a 256GB SSD and Core-class CPU for just $500. That’s less than what people pay for a smart phone today, and a hell of a deal.

At $750, you’ve really stepped up in hardware quality. Here’s what to consider for general-use laptops and ultra-portables in this price range.

CPU
Good: 6th- or 7th-gen Core i5 or Y-series
Better: 7th-gen Core i7
Best: 8th-gen Core i7 or Core i5
Why: What’s great about this price range is there really are no bad CPUs. All are great, but some are just faster. Today, Intel’s 8th-gen parts are the ones to beat.

RAM
Good: 8GB
Best: 16GB (kinda)
Why: For the average person, 8GB is more than enough. You should only shell out for 16GB if you’re a content creator. Generally, LPDDR3 is preferred for power savings but DDR4 is fine too.

Storage
Good: 128GB SSD
Better: 256GB SSD
Best: 512GB SSD
Why: You could get a hard drive in this price range, but we don’t recommend it. With SSDs, it comes down to buying the largest one you get. For most folks, there’s no point in worrying about NVMe vs. SATA either. Both will yield excellent response.