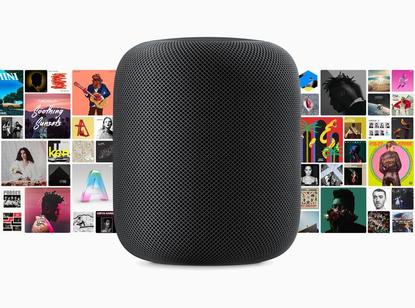 Reports say that Apple will be looking to cutting manufacturing orders of their HomePod smart speaker as they move to introduce a smaller and cheaper version following weaker-than-expected sales.

As originally reported by The China Times and Bloomberg, Apple is said to be cutting HomePod orders from manufacturer Inventec from 500,000 to 200,000 following underwhelming sales.

The Bloomberg report claims to be based on insider information and says that Apple have lowered their internal sales forecast for the device less than two months after the smart speaker's worldwide launch.

In our review, we said that "The HomePod is a phenomenal sounding speaker let down by the limitations of the Apple ecosystem."

This move also comes following reports last month that Apple was working on a second, cheaper "HomePod Mini", due to come out in the second half of 2018.

Previous predictions by analysts had suggested the HomePod would fast secure a 10-15% slice of the smart speaker market, with Loup Ventures co-founder Gene Munster estimating that Apple will sell 7 million HomePods during 2018. Unfortunately, by contrast, he predicts that Amazon will ship 29 million Echos during the same period while Google will sell 18 million Google Home speakers.

IDC have said in their latest Worldwide Quarterly Smart Home Device Tracker report that 433.1 million smart home devices were shipped worldwide in 2017 ("growing 27.6% from the previous year") and that the market for smart speakers is expected to continue to drive growth in 2018.

Traditionally, Apple only disclose sales numbers for their iPhone, iPad and Mac products during their earnings reports to investors - so it's unlikely we'll get a clearer picture of exactly just how many HomePods the company have sold any time soon.