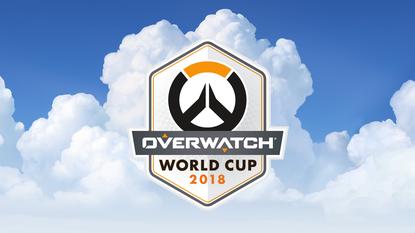 After two phases of voting, the competition committees for each country competing in the 2018 Overwatch World Cup have been finalised.

Each includes a general manager, coach, and a community lead, who are tasked with collectively make decisions regarding each national team’s roster, management, and promotion.

The Australian Overwatch World Cup Competition Committee for 2018 is as follows:

The news comes as the inaugural season of the city-based Overwatch League heads towards its endgame, with the OWL Grand Final due to be held at Barclays Center in Brooklyn, New York, over 28-29 July.

The Overwatch World Cup is the other major tournament for Blizzard's team-based multiplayer shooter, which will see 24 countries compete across four group stages ahead of a grand final at this year's BlizzCon in California.

The 2017 Overwatch World Cup saw Australia make it all the way to the grand final, placing 8th overall. During the Sydney-based group stage, 2000 fans spectated in-person while an average of approximately 160,000 viewers tuned in online. According to Esports Charts, viewership during the three-day local esports event peaked during the final match between Australia and Japan, which drew the eyes of approximately 300,000 online viewers.

The Sydney playoffs even made their way onto domestic airwaves with Channel Seven airing the match between Australia and Sweden.

Locally, esports continues to gain momentum in Australia, with the Gfinity Elite Series set to kick-off this weekend and Riot Games partnering with the AFL to launch a new 'League of Origin' event.

A full list of committee members for each country can be found at here.