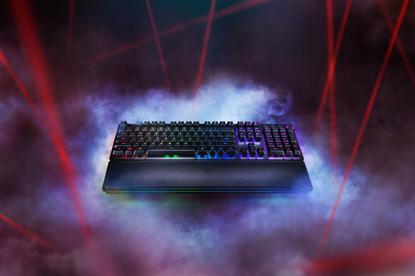 Razer are looking to build on their legacy in the gaming peripherals space with the new Huntsman and Huntsman Elite keyboards, which feature Opto-Mechanical switches.

“This focused expertise has now expanded upon our brand’s legacy with the new Razer Opto-Mechanical Switch that delivers an all-new level of performance that is optimized for top-tier esports competition.”

These Opto-Mechanical Switches are said to be the key advantage on offer here. According to Razer, these switches rely on an infrared light beam inside to precisely detects actuation when a key is pressed.

The reduced reliance on moving parts is also said to provide added durability. Razer claim the  lifespan of a Razer Opto-Mechanical Switch is rated up to 100 million keystrokes, double that of traditional mechanical switches.

Both the Huntsman and Huntsman Elite keyboards come fully outfitted with these new switches full integration with Razer's Chroma and Synapse lighting ecosystems.

Similar to the Razer Ornata Chroma and BlackWidow Chroma V2, the Huntsman Elite also features a magnetically detachable, leatherette wrist rest with built-in Chroma LED lighting. It also features a robust set of media keys on the upper right corner which Razer say can easily be remapped for other functions.

The Razer Huntsman and Huntsman Elite are available now via the Razer webstore for an RRP of $249.95 and $339.95 respectively. You can find out more info via the Razer Store.