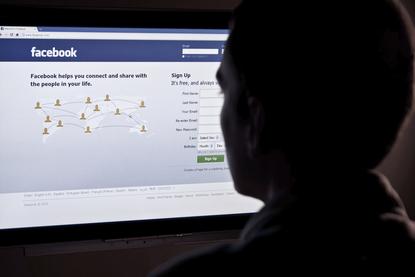 The US House Judiciary Committee will hold a hearing on Tuesday to take testimony from Facebook Inc, Alphabet Inc's YouTube unit and Twitter Inc on whether social media companies are filtering content for political reasons, the committee chairman said.

Conservative Republicans in Congress have criticized social media companies for what they claim are politically motivated practices in removing some content, a charge the companies have rejected.

House Judiciary Committee chairman Bob Goodlatte said in a statement on Friday that he was pleased the companies will send experts "to answer questions on their content moderation practices and how they can be better stewards of free speech in the United States and abroad."

The committee held a hearing in April on the same topic after representatives of the companies skipped it.

Republicans repeatedly suggested at the hearing that the companies are censoring or blocking content from conservatives, a charge the companies rejected.

Lawmakers from both parties agreed tech companies must remove illegal content like fraud, piracy and sex trafficking but differed on whether they should remove objectionable content.

Goodlatte said "while these companies may have legal, economic, and ideological reasons to manage their content like a traditional media outlet, we must nevertheless weigh as a nation whether the standards they apply endanger our free and open society and its culture of freedom of expression."

Representative Jerrold Nadler, top Democrat on the committee, said in April "the notion that social media companies are filtering out conservative voices is a hoax, a tired narrative of imagined victimhood."

Nadler added "conservative commentary, including conspiracy theories of a conservative bent, regularly rank among the most far-reaching posts on Facebook and elsewhere."

Berin Szoka, president of TechFreedom, said at the hearing that "concerns about Facebook’s potential slant are best addressed through other measures, starting with transparency and user empowerment. Ultimately, the best check on Facebook’s power today is the threat of a new Facebook disrupting the company’s dominance."

Facebook Chief Executive Mark Zuckerberg told Congress in April that he is "very committed to making sure that Facebook is a platform for all ideas."