The full schedule for PAX Australia 2018 is now live 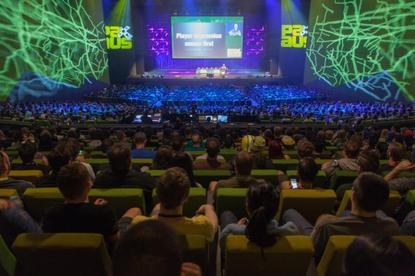 Ahead of next month's PAX Australia 2018, a full schedule for the three-day event has been let loose onto the internet.

“I’m not sure what the collective noun for panels is, but we’ll need to use it four or five times. The exhibitor lineup will test the structural integrity of the MCEC. It will be like staring into the sun, except you can for real do it at PAX.”

Directly compared to previous years, PAX Aus 2018 will feature its biggest schedule of panels yet. The event will boast more than 125 sessions, including a keynote by Rhianna Pratchett.

PC World Australia will be in attendance. Not just to cover the show, but also to speak on two panels.

The first panel, locked in for 10:30AM on the Friday in the Galah theatre, is entitled Overwatchiest Home Videos 2018. A full description of the panel is as follows:

"We’re all heroes now. With the inaugural season of the Overwatch League behind us and the Overwatch World Finals looming, join a of four Australian Overwatch fans who always stay on the payload and never insta-pick Hanzo. We’ll talk through some of our favorite clutch moments from the professional scene, share our best personal Play-Of-The-Games and just get really amped up about the future of Overwatch esports."

IGN's Dan Crowd, The AU Review's David Smith and freelancer Olivia Harris will also be speaking on this panel. If you're a fan of Overwatch, esports or Overwatch esports, please come along and say hello.

The second panel PC World Australia will be featured on is Are the Console Wars Still Relevant? The official description is as follows:

Are the Console Wars Still Relevant? will take place at 6:30PM on the Friday in the Ibis Theatre.

A full schedule for PAX Australia 2018 can be found here.

Tickets for PAX Aus 2018 are still currently available for sale via the official registration page although they are selling quickly and only single-day passes remain.