Ten Smartphones You Can Buy For Less Than $200 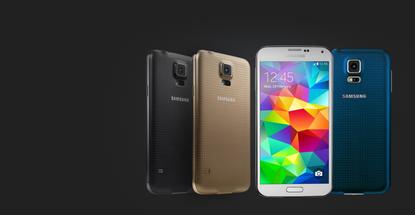 Sometimes you need a new phone, and sometimes you don’t want to spend that much money. And with the gulf between the low and high-end of the smartphone markets continuing to contract, the amount of value and features you can find in smartphones that cost less than $200 is a lot more than what it was even only a few years ago.

Sure, you have to be willing to make some compromises when it comes to camera and processing power. But, in terms of the overall experience and features involved, buying a budget smartphone that doesn’t suck is much easier than it used to be.

Note - we use real-world prices sourced from Shopbot and, as such, some of the entries in our roundup may surprise you.

Last year’s Moto E4 was a humble workhorse of a budget smartphone, but it still managed to impress us with clean software and consistent results. It features a 5-inch LCD display, 16GB of storage and 2GB of RAM. It’s also got a fingerprint sensor and a 2800mAh removable battery to boot.

In our review of the E4, we said that  “As far as $249 smartphones go, the Moto E4 is hard to beat. Sure, some corners have been undeniably cut. However, where it counts the experience is a whole lot better and smoother than a lot of what else is out there. Additional inclusions like a fingerprint sensor and support for Nougat’s Google Assistant contribute to making the E4 feel a whole lot more expensive than it actually is”

Though most budget smartphones feel like a compromise in one way of another, the nature of the Nokia 1, which runs a slimmed down version of Android called Android Go: Oreo Edition, means that it’s more than capable of getting you through the day - even if it won’t be playing any games or taking particularly great selfies anytime soon.

In our review of the Nokia 1, we said that “The Nokia 1 goes above and beyond what you’d ordinarily expect from a bottom-end, disposable phone like it. Sure, the camera may as well not be there, the battery life leaves something to be desired and the seams occasionally show - but, taken as a showpiece for the potential of Android Oreo: Go Edition, it’s a surprisingly robust and compelling package.”

Like the Moto E4, the Moto E5 features 2GB of RAM, 16GB of on-board storage and a humble Snapdragon 425 processor. The differences here come down to form factor. The E5 features a significantly sharper and larger 5.7-inch LCD display with thinner bezels. It also runs on the more recent Android 8.0 Oreo.

In our review of the Moto E5, we said that “Though there’s plenty to like about the Moto E5 on its own merits, it falls short when stacked up against last year’s E4. Where other brands are going all-out packing value into their budget buys, Motorola have opted for a by-the-numbers upgrade to last year’s offering. The extra battery life does count for something - but it's not quite enough to give it an edge over the competition or its own predecessor.”

Alcatel have a long running history of delivering devices that are stacked with specs and low in price and the Alcatel 1X is no different. Though somewhat plain in design, it makes up for it with a combination of 16GB of storage, 1GB of RAM and a Quad-Core MediaTek processor.

In our review of the Alcatel 1X, we said that “If you’re looking for a throwaway device with all the functionality that modern Android offers, this’ll tick that box - but it won’t look pretty.”

Though it isn’t quite as much of a bargain as the slightly-pricier Huawei Y7, the Huawei Y5 is still a solid buy if you’re looking for a cheap smartphone that can cover the basics and then some.

The Huawei Y5 is an Android smartphone with a 5-inch IPS LCD display powered by a 1.4Ghz quad-core Mediatek processor. The device comes with 2GB of RAM and 16GB of on-board storage, but is able to be expanded via MicroSD. It’s powered by a 3000mAh non-removable battery and runs on Android 6.0 coated in Huawei’s own EMUI 4.1.

In our review of the device, we concluded that “The Y5 is Huawei’s cheapest smartphone of the year, and it’s got the look, feel and performance to match that mantle.”

As with the rest of this year’s HMD Global Nokia smartphones, the Nokia 3.1 is the rare budget-friendly device that feels just as premium as more expensive fare. It features a 5.2-inch display, 2GB of RAM and 8GB of on-board storage plus a surprisingly good 13-megapixel camera.

In our review of the device, we said that “If you’re after a smartphone that looks really nice and can handle the basics with grace - then this is a great option. But if you’re after longer battery life, a fingerprint sensor, face unlock or fast-charging, there are plenty of other options that’ll fit that bill."

"Even in the budget space. The Nokia 3.1 is a smartphone that picks its wars wisely and if you’re looking to fight those same battles on a budget, it’s a weapon that shouldn’t be overlooked.”

Though it doesn’t inherit any of the premium perks found in the more recent J5 and J6 devices, last year’s Samsung J3 still holds up as a surprisingly decent budget buy.

It boasts a slick metallic design, 2GB of RAM, 16GB of internal storage and supports expansion for up to 256GB of MicroSD storage. It’s not the sharpest tool in Samsung’s arsenal but if you’re looking to buy in on a budget, the Samsung J3 is a compelling combination of specs, form-factor and price.

If you’re happy to deal with all the usual hurdles and hiccups that importing a smartphone brand that’s not officially in Australia entails, the Honor 7C is a great option for those looking to save a few bucks.

The Honor 7C boasts a Snapdragon 450 octa-core processor, 3GBs of RAM and a dual-lens (13MP + 2MP) rear camera. It’s even got support for dual-SIM and a headphone jack - which aren’t always found in more expensive devices. All in all, there’s a lot of phone here for a pretty bare-bones price-tag.

Only a few years ago, the Samsung Galaxy S5 was the flagship device for the South Korean tech giant. These days, it’s lost most of its value - but it’s still a pretty good buy. It features a a Snapdragon 801 quad-core processor, 2GB of RAM and even IP67 waterproofing.

In our review, we said that “Samsung's new flagship just bristles with features. Some are undeniably innovative and useful - like the waterproofing and the camera - but the entire smartphone is let down by one of the heaviest, ugliest and most annoying Android overlays yet.”

LG’s budget-minded K8 isn’t quite as sharp-looking as some of the other options on this list but it’s still going to be worth a look for plenty of people, courtesy of the device’s 5.0" HD On-cell Touch Display with 2.5D Arc Glass. The K8 also features a 1.4Ghz Mediatek processor, 1.5GB of RAM and 16GB of internal storage.

Related: Top 10 best Android and Apple smartphones for under $700

Related: Top 10 best Android and Apple smartphones for under $600

Related: Which phones have the best cameras?