Which Mesh Wi-Fi System Should I Buy? 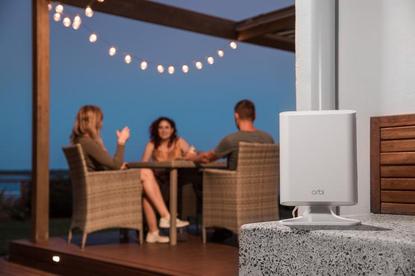 If you’ve decided to make your next home Wi-Fi system a Mesh one, it’s worth knowing the pros and cons of each solution on the market.

Here’s what you need to know before buying in:

The coverage of all three Deco units is also expandable via additional nodes.

The TP-Link Deco M9 Plus features a built-in ZigBee smart hub plus integration with TP-Link HomeCare. Powered by Trend Micro, this software offers built-in antivirus and powerful parental controls that allow you to limit online time and block inappropriate content on a per-user (or per-device) basis. There are also several quality-of-service features that allow you to prioritise devices and applications for faster performance when needed.

The TP-Link Deco M5 and M4 feature most of the same functionality, minus the built-in smart home hub.

The Google Nest Wi-Fi is Google's second-generation mesh Wi-Fi solution, it was introduced alongside the Pixel 4 and Pixel 4 XL in October 2019.

Like the original Google Wi-Fi, Nest Wi-Fi is a dual-band AC1200 router, so it offers speeds of up to about 1200Mbps.

Google say that Nest Wi-Fi router has a range of approximately 200 square meters on its own with additional nodes increasing the possible range of the system by another 150 square meters.

The Google Nest Wi-Fi is ready to handle up to 200 connected devies on its own. Adding extra satellite units  increases that limit by about 100 connected device per node.

The setup experience for the Nest Wi-Fi system is tightly tied into the newly redesigned Google Home app. In addition to letting you manage your smart speakers and other smart gadgets, this app now lets you easily manage your home network, share a guest password and even remotely control other Nest Wi-Fi networks remotely - so long as things are all neatly tied to your Google account.

In Australia, pricing for the Nest Wi-Fi starts at AU$399 for the standard two-pack. There's also a larger three-pack that includes the router and two nodes available for AU$549.

You can read our full review of the Nest Wi-Fi here.

Both the Covr C-1203 and C-2202 are integrated with the D-Link Wi-Fi app. This allows network administrators to use parental controls to see what devices are connected to Covr, schedule when devices can be used, create a guest login for when you have visitors, and block any devices you don’t know.

Next Page: Netgear Orbi, Linksys Velop & Which Mesh Wi-Fi System Should You Buy

Netgear offer one of the largest ranges of Mesh Wi-Fi systems on the market, with a total of six different mesh routers and four satellite / range extender units currently available.

Here’s a quick breakdown of the former:

Regardless of the model, Netgear generally advise that their Orbi home Wi-Fi systems will offer the “best performance” for up to 50 devices concurrently. You can go beyond that, but individual device performance may be affected.

Courtesy of a software update, almost every Netgear Orbi Wi-Fi router now features Amazon Alexa and Google Assistant integration. They also features smart parental controls (powered by Circle by Disney) via the main Orbi app and built-in cybersecurity via the Bitdefender powered Netgear Armor app (this feature is not found in the RBK20, RBK23 and RBR20).

Finally, the Linksys Velop AC6600 is a tri-band system that tops out the range with a super high throughput of 6600Mbps.

Linksys say that each Velop device can handle up to a maximum of 32 clients per node.

Each Linksys Velop mesh Wi-Fi system comes integrated with the Linksys app. This application allows you to have control over guest access, parental controls and device prioritisation. You can also integrate your mesh system with Alexa, and to easily monitor your internet connection’s speed using the speed test function.

The Google Wi-Fi system is a dual-band AC1200 router, so it offers speeds of up to about 1200Mbps.

According to the company, a single Google Wi-Fi node will offer up to 85 square meters of coverage. Adding a second node boosts that to 170 square meters.

Having a third node allows you to go beyond that. However, Google don’t explicitly state any sort of theoretical max range.

Google has not disclosed a specific limit for how many concurrent devices can connect to a Google Wi-Fi mesh system before they begin to infringe upon one another.

Using the Google Wi-Fi app, network administrators are able to schedule a regular Wi-Fi pause on any connected devices, and for net-wary parents, block access to any explicit websites.

A three-pack of Google Wi-Fi nodes is priced at $199, including GST.

Which Mesh Wi-Fi System Should I Buy?

The short version is that you should buy the Mesh Wi-Fi system that makes the most sense for your home network. However, our above breakdowns do reveal and highlight a few things: