Intel are hoping the Oculus Quest will boost VR adoption 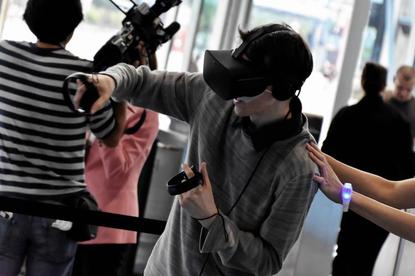 Last year’s Intel Extreme Masters Sydney brought us face to face with Intel’s general manager for gaming and VR/AR sales, Lee Machen. The international tournament's 2019 installment gave us the chance to speak with Machen again, and the chance to revisit where he thinks VR is heading in 2019.

And if you feel like VR hasn’t quite exploded in the same way as esports has in the last year, you’re not alone.

Machen says that “People clearly like VR if it’s the right game but as far as [finding] the ‘League of Legends of VR’, we haven’t found that.”

“We haven’t made a lot of progress towards that,” he admits.

He cites the new Oculus Quest VR headset, which is due to launch in Australia later this month, as a forerunner for this new wave of VR hardware.

“It’s the first one that is better than a low-end Android headset that’s still an all-in-one, right? And as much as I would like to have that thing connected to a PC, I know that the wires and the complexity are a couple of the things that have hindered VR adoption for a category of users.

Lee is hopeful that “if [Quest] can show them a good performing all-in-one that doesn’t require that complexity and it’s at the right price point, maybe that’ll change.”

“I’m not sure if that’s really going to change very much," he says.

He says that, even if it is going to require the high-end performance that'll drive new customers to Intel, “it’s still very expensive and targeted at the very high-end user."

According to Lee, “I like that companies are still innovating on the VR headset front and I maintain a bit of hope that VR is going to find a more mainstream place in gamer's lives – but so far it hasn’t.”