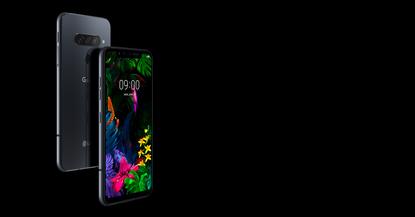 Following on the heels of the dual-screened LG V50 ThinQ 5G, LG's G8s is now available in Australia.

“Incorporating features consumers are looking for in a smartphone, the LG G8S ThinQ hits the mark. Our innovative approach to the modern smartphone offers users a range of security options that suit their varying needs. Whether it’s Hand ID for busy families, Air Motion for controlling select features without touching the phone, or Face Recognition, there are multiple options” said Angus Jones, General Manager Marketing, LG Australia.

As reported by PC World at this year's Mobile World Congress, the LG G8s ThinQ loses the quad DAC and Crystal Sound display found in the mainline LG G8 ThinQ but holds onto the unique hands-free navigation features of the 2019 flagship. It also features a larger (but lower resolution) 6.2-inch OLED display and 128GB on-board storage.

However, for now at least,the LG G8s ThinQ isn't available for purchase outright. With a minimum spend of about $1200, the device is exclusive to Telstra post-paid plans.

Andrew Stormont, Telstra’s Mobility Executive says that the telco are "excited to partner with LG to launch the G8S ThinQ on the nation’s fastest and largest mobile network."

"The handset will appeal to a wide range of customers offering modern design, advanced security features and excellent processing power. Combine this with Telstra’s no lock in contracts and we believe it will certainly appeal to many Australians in the market for a new device.”

LG say that the LG G8S ThinQ will be available nationally from 9 July.

In addition, the first 1,000 consumers who purchase the device through eligible Telstra plans by 6 August will receive a free LG 43-inch UHD Smart TV. For more info visit lg.com.au/g8spromotion.